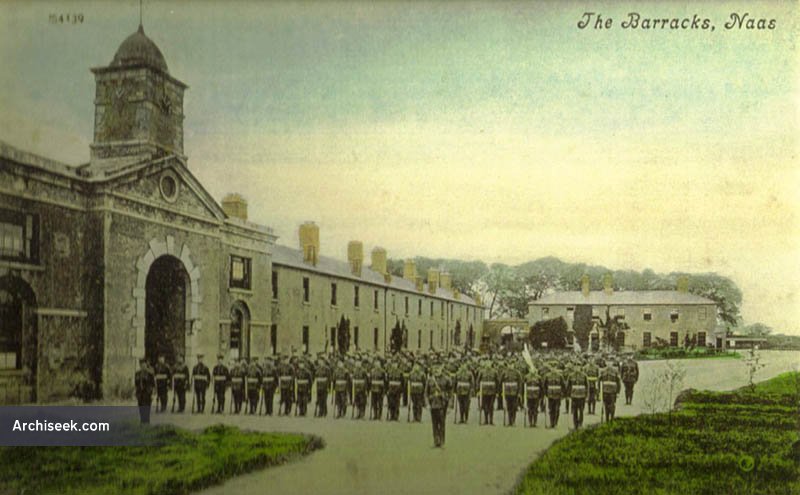 The barracks, originally known as Naas Barracks, were built for local militia units in 1813, and later became the home depot of the Royal Dublin Fusiliers when that regiment was formed in 1881.

The barracks were secured by the forces of the Irish Free State in February 1922.The story goes that the last British forces had removed the flagpole so that the Irish Tricolour could not be hoisted. The barracks were renamed Devoy Barracks after John Devoy, the Irish republican, finally closed in 1928 and the site used for a variety of industrial uses.

The remaining parts of the complex – the archway and clock tower have been restored.