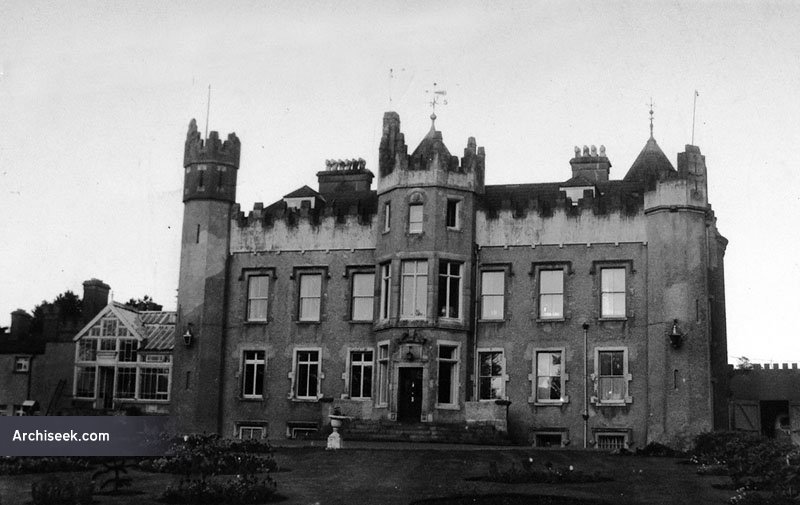 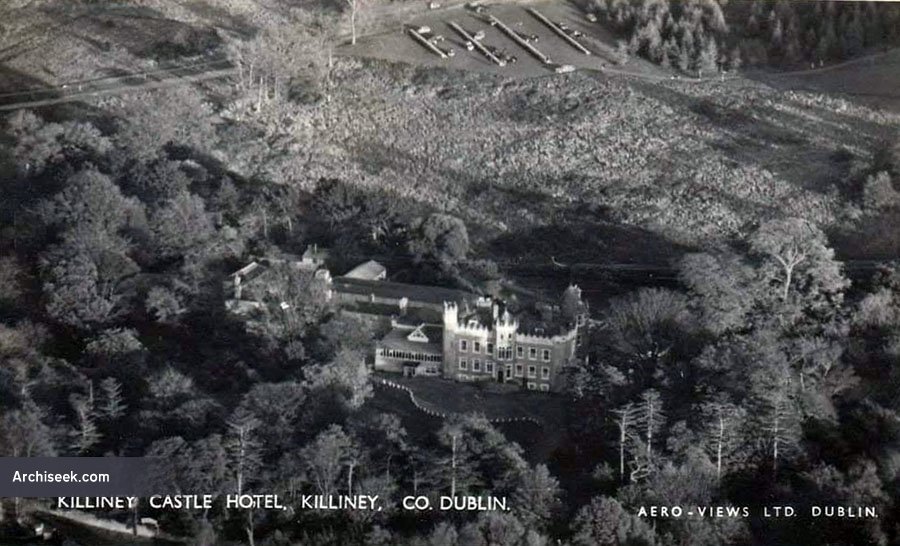 This house has been alternatively known as Mount Malpas, Roxborough and Loftus Hill. The first house on the site was built about 1740 for Col. John Mapas or Malpas. The property was owned in turn by a Mr. Maunsell, Henry Loftus, Viscount of Ely, Lord Clonmel and Robert Warren, who in 1840 enlarged the house and called it Killiney Castle. He also restored and added to the monuments on the hill. 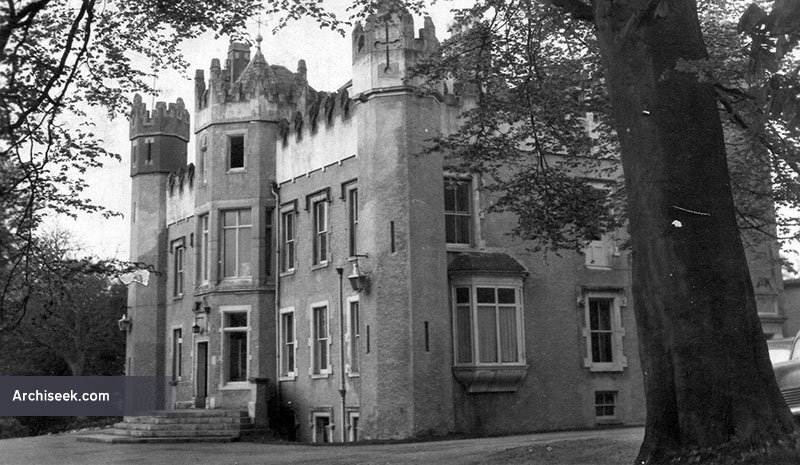 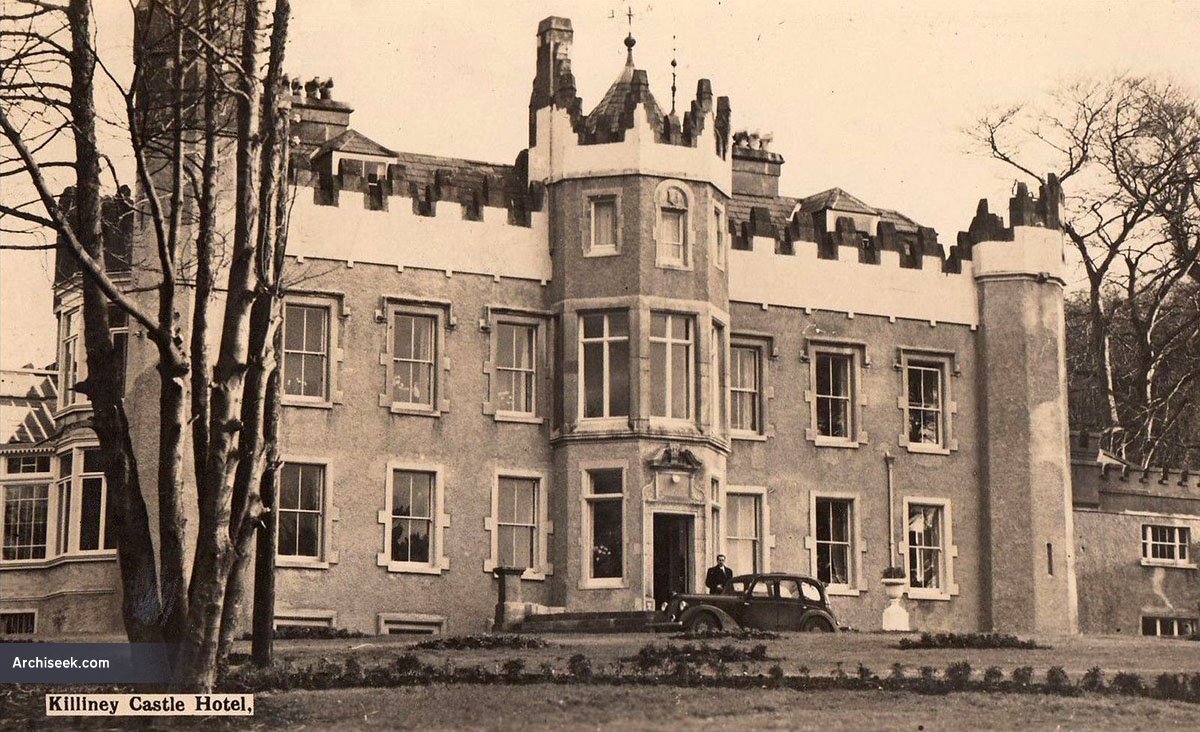 The Georgian house was given Gothic decoration and remodelled by Sandham Symes, including castellation, corner turrets, another pair of turrets in the centre, and a Gothic porch. Later the arrangement of the centre was altered to create a canted bow a storey higher than the rest of the front and with a conical roof. Now garishly painted, and forms the centrepiece of a hotel complex dating from the 1970s. 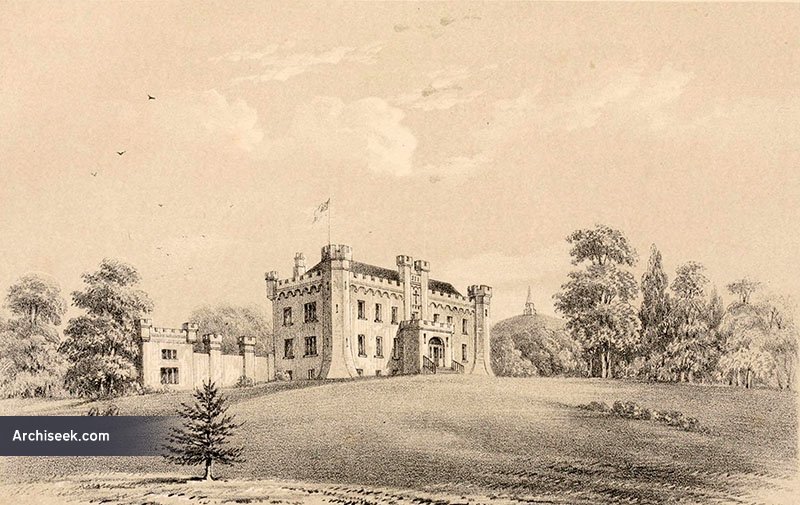 Described in Burke’s ‘A visitation of the seats and arms of the noblemen and gentlemen of Great Britain and Ireland’: “KILLINEY CASTLE, in the co. of Dublin. distant about eight miles from the Irish metropolis, the beautiful seat of Robert Warren, Esq. This is a convenient family mansion, erected early in the eighteenth century, with much regard to internal comfort as well as to picturesque and architectural effect. It stands on the west sido of a hill, called the Obelisk-Hill, in a situation affording infinite attraction to the tourist through this part of Ireland. The name has been given to the hill from an obelisk on its summit, which was built in 1742 for the purpose of supplying employment to the poor labourer.”