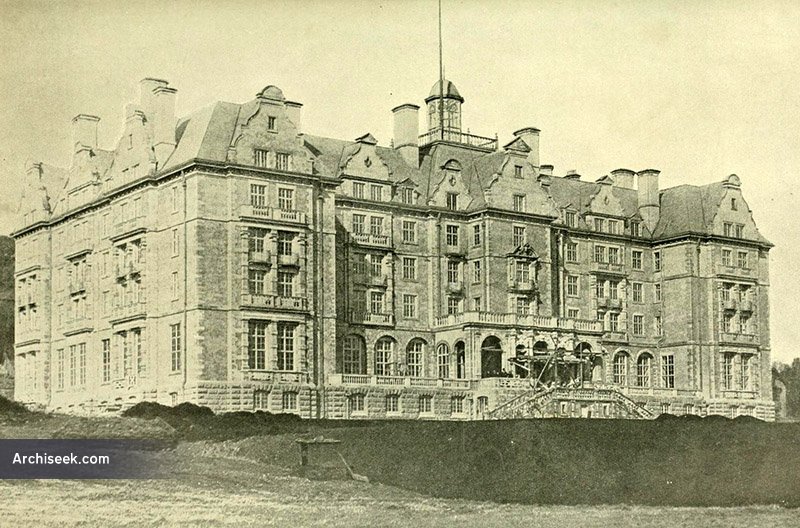 The Empire Hotel used as an annex to the Granville Military Hospital during the First World War and as a discharge depot for Canadian troops after the second. Later used by squatters before its demolition in 1964.

“This large establishment, of which we shall shortly give plans and elevations, has been- erected at Buxton, from the designs of Mr. Thomas Garner (Messrs. Bodley and Garner) but the decorations are not in accordance with his scheme, so far as the upholstery is concerned. The work has been done for Messrs. Spiers and Pond ; but we have no description of it. The ironwork was executed by Messrs. Keeling, Teale, and Co., of Hammersmith. The view now given is from a photograph sent us by the architect.”