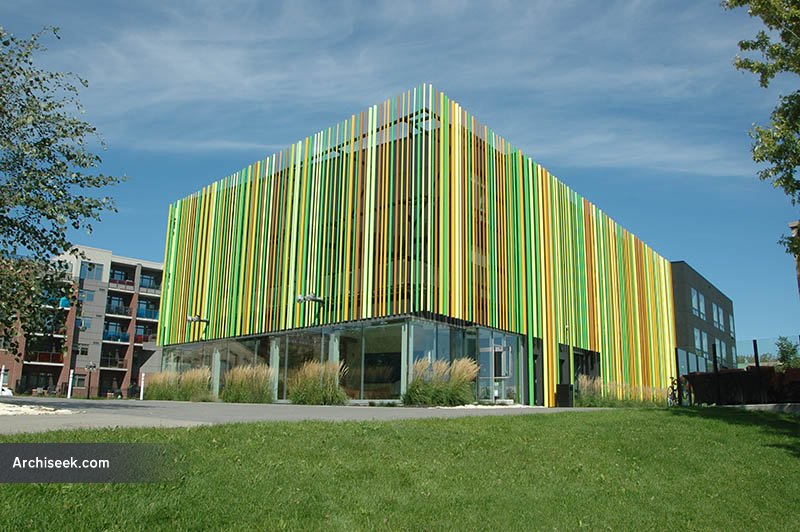 A 67-room boutique hotel that opened in 2013 – essentially a simple black box surrounded by a facade of coloured bars. According to the developers, the hotel is a limited service property, a mere hotel, that customers not expect a conference centre, or swimming pool. 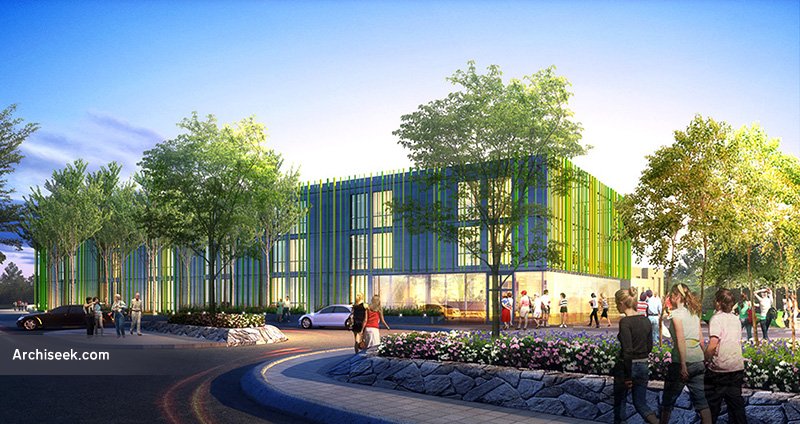 Architect David Penner said of the facade: “On the one hand, the bars serve a privacy device, because the building is relatively close to the street. Also, we were trying to do something to suggest that the hotel was an extension of the park. (The hotel is immediately north of Stephen Juba Park.) We took the colours from trees and leaves and apply them to trunk-like pipes. In a very abstract way it’s not unlike looking at a forest.”