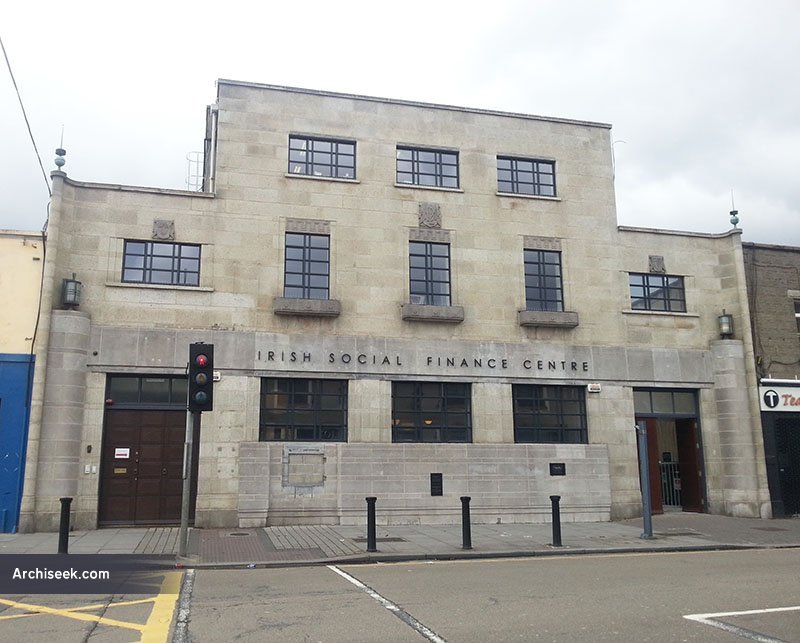 Former branch of the Munster & Leinster Bank, later a part of Allied Irish Banks. McDonnell & Dixon were very much the house architects for the Munster & Leinster from the 1920s onwards and built many branches for it. The building was refurbished in 2014 to designs of Cloonan O’Donnell Architects. Unfortunately the hole created for an ATM in the 1980s is still visible.