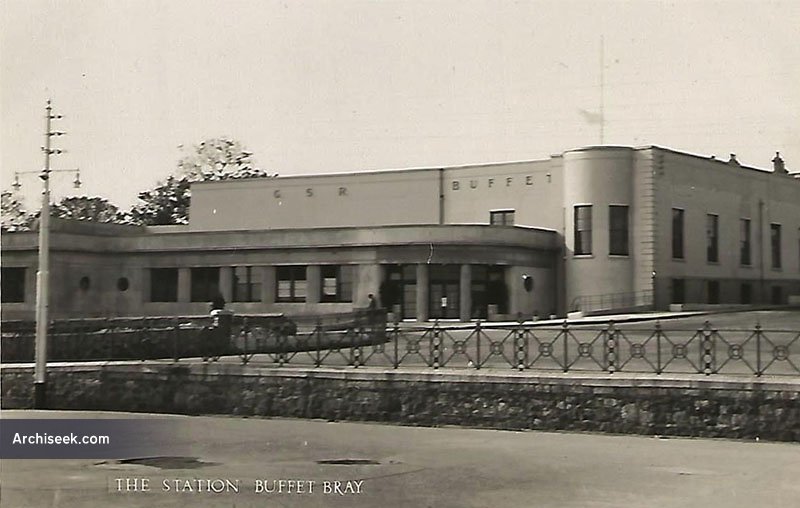 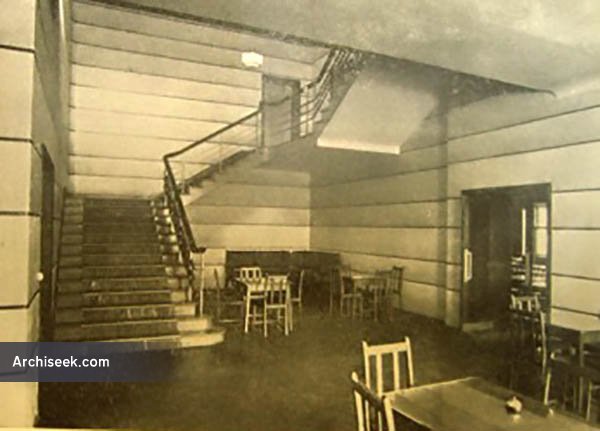 Railway buffet built for the Great Southern Railway, and designed by inhouse architect Gordon Stewart Horner. Horner previously worked in Donnelly Moore Keefe & Robinson before joining the Great Southern Railway Company in 1923 as a draughtsman in the permanent way department. In 1932 he was appointed architectural assistant. He retired on 28 February 1945 after the company had been dissolved and merged into the new Coras Iompair Eireann.