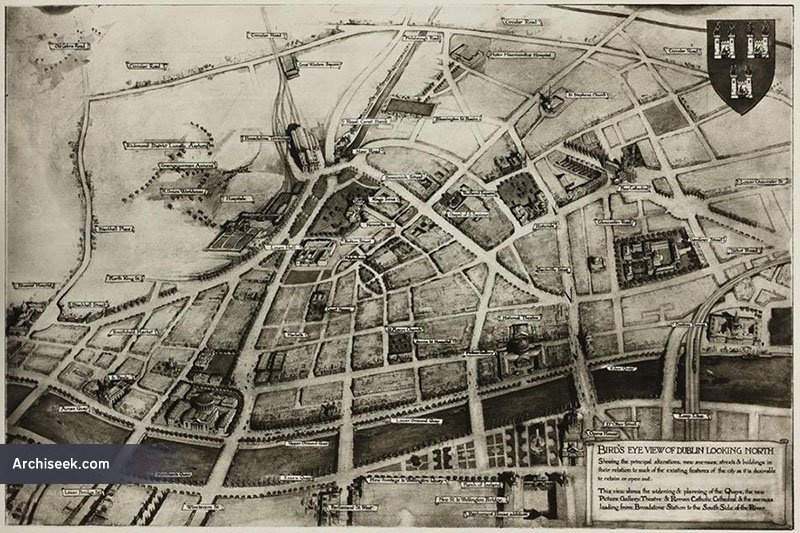 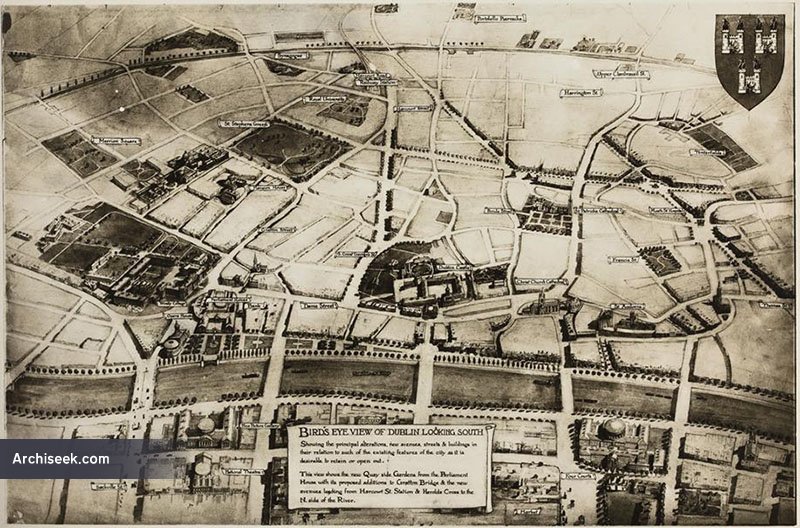 Plans entered in the Dublin Town Planning Competition of 1914. Highly recommended but the competition was won by Patrick Abercrombie. Conceptualised before the events of 1916 which would decimate much of the north city centre around O’Connell Street. Due to the First World War, it proved impossible to adjudicate on the competition entries until September 1916, at which point the landscape of the city had been changed.

Recurring features in Abercrombie’s and Ashbee’s entries include a central passenger station, replacement of the Ha’penny Bridge, Opera House, a new cathedral and the laying out of new traffic routes. In addition to major landmarks and interventions in the city centre, his plan drew heavily on the City Beautiful movement in the United States and recommended the establishment of a ‘park system’, linking up existing parks, open spaces and squares. He suggested the creation of new amenities, developing the canals and rivers as linear parks. Ashbee and Chettle’s entry was singled out by the jury “no other report expresses a fuller and more comprehensive grasp of civic problems.”

After Ashbee’s death in 1942, John Betjeman wrote in a letter to his widow that “His ideas on planning and architectural style and construction were pioneer work of the greatest importance. His advice on planning after this war, would have been invaluable. Thank goodness his ideas are put down on paper.”