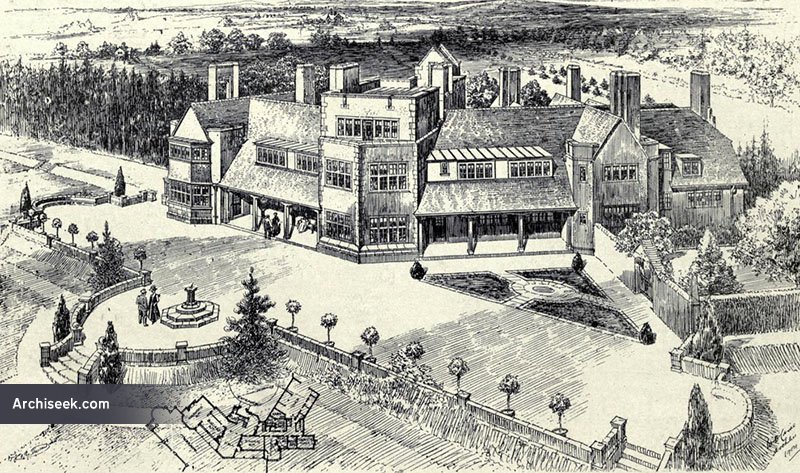 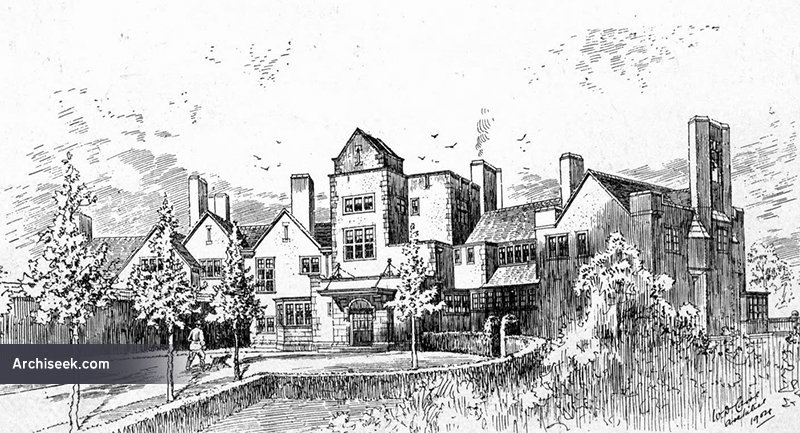 Designed for Sir Horace Plunkett, by England-based William D. Caroe, in an Arts and Crafts style. Plunkett was involved in the agricultural co-operative Movement, a MP for South Co. Dublin, and later became in 1922 a Free State Senator.

The house was white-washed with Ballyknockan granite dressings, putting it stylistically within the English Arts and Crafts tradition. The Irish Builder (January 8 1910), which at this time had poor reviews of work by “foreign” architects, was surprisingly complimentary. “The design is a striking, and in many repects a peculiar, one. Many persons have adjudged it as an eccentric striving after originality, but everything considered, it presents many points of interest and cleverness… presents a gleaming and sparkling effect in the sunshine and at a distance extremely picturesque.” 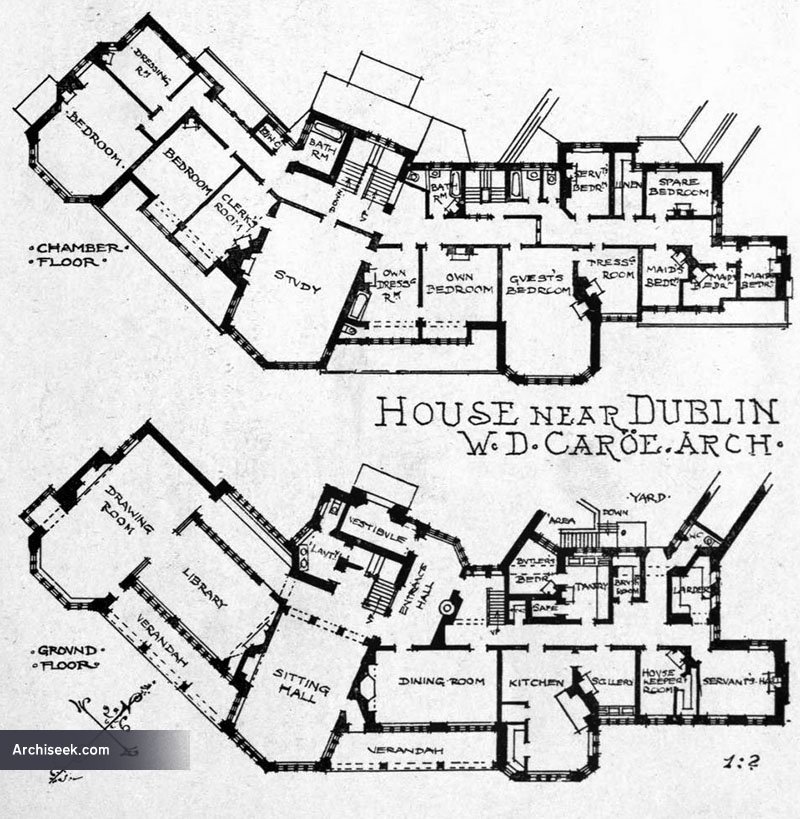 On the night of 30th Jan. 1923, while Sir Horace was the United State, the house was set ablaze and destroyed. The fire destroyed many of the records of the Plunkett family, which Plunkett had collected to prepare a work on the subject. After the fire he wrote that “the healthiest house in the world, and the meeting place of a splendid body of Irishmen and friends of Ireland,” had been destroyed. Afterwards the 90-acre estate was sold off for building.