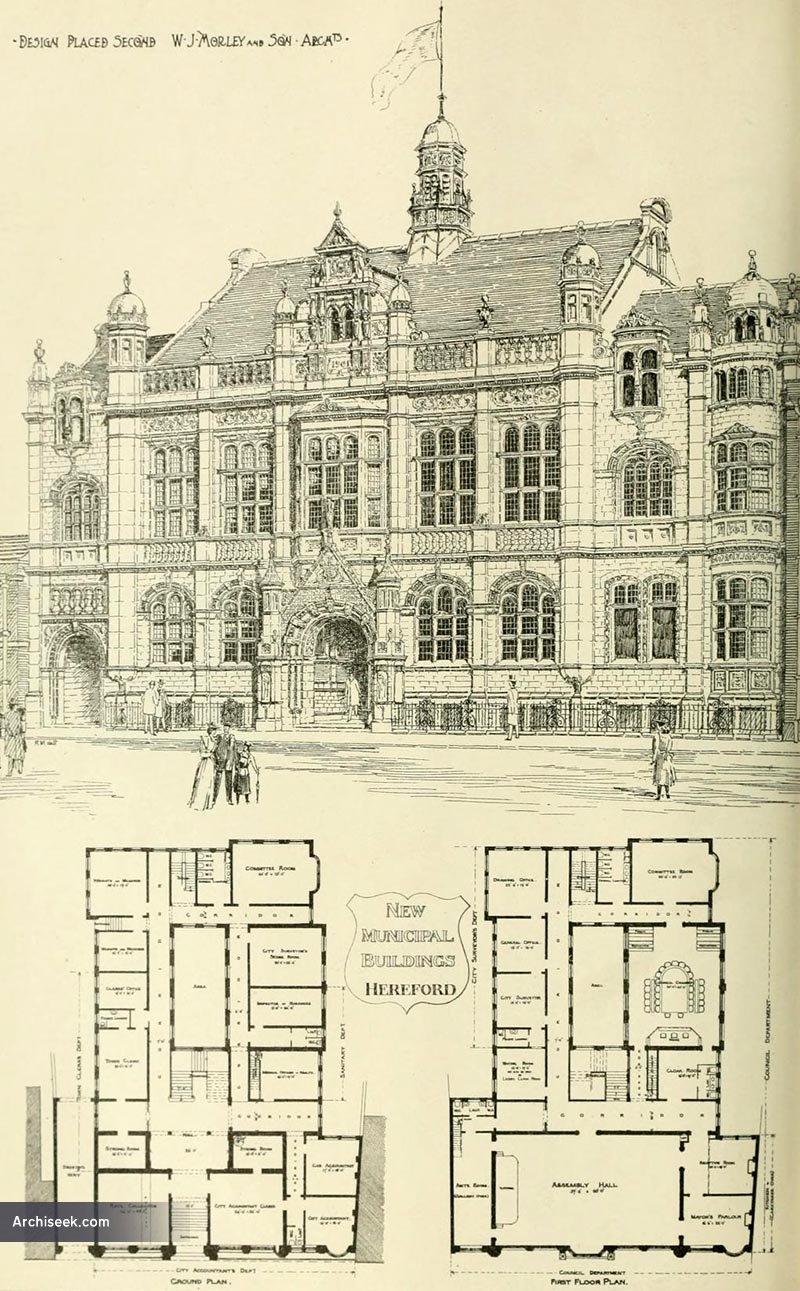 The following were reserved by the committee : — Messrs. Brookes and Son and Godsell, Hereford ; Messrs. W.J. Morley and Son, Bradford ; and Mr. H.A. Cheers, Twickenham. At a special meeting of the building committee of the corporation, on Saturday, the designs of Mr. Cheers were accepted. The cost of the new building will be close upon £20,000.” Illustration published in The Building News, August 23 1901.