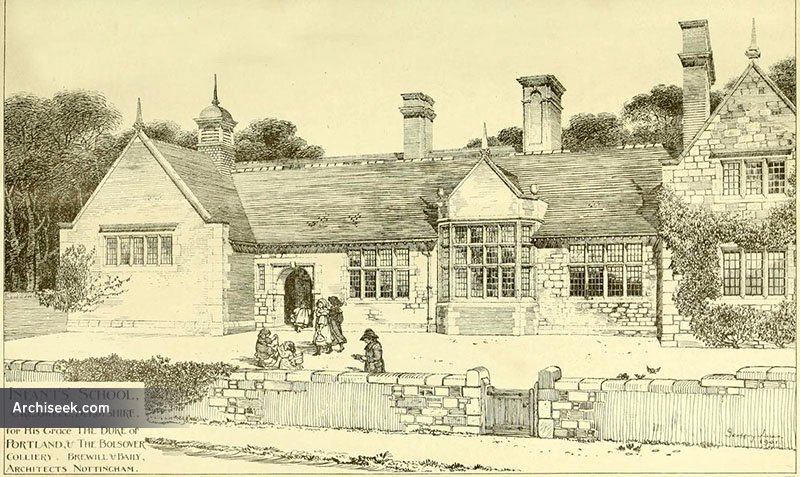 “The Infants’ School here illustrated has been carried out for the Duke of Portland and the Bolsover Colliery, and consists of the conversion of the old schoolroom into a central hall, adding a bay window and other details, also in providing new class-rooms to accommodate 240 children, cloak-rooms, and other necessary accommodation. The old mistress’ cottage has only been very slightly altered. The old school was erected with the local stone, and the additions have been carried out in brick with local stone dressings, the roof being covered with green slates, the windows with iron casements and lead lights. The architects are Messrs. Brewill and Baily, of Nottingham and Newark-on-Trent. This and the following drawing were shown at last summer’s Royal Academy Exhibition. “