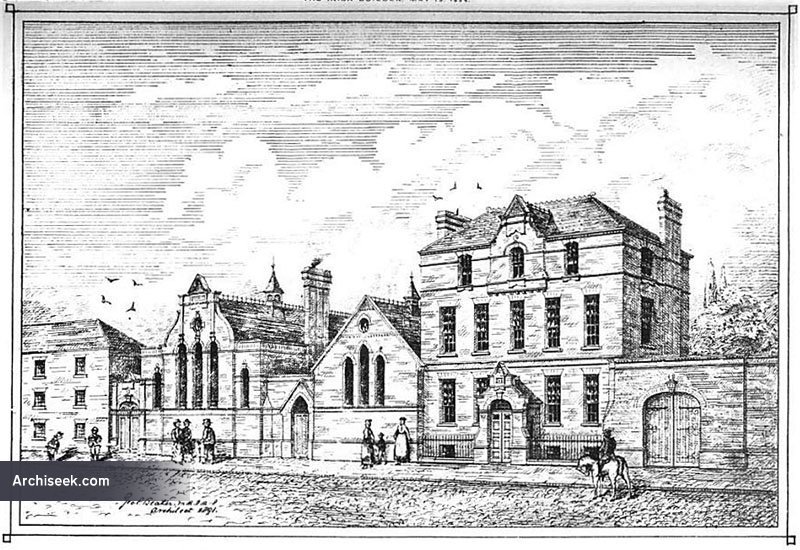 Methodist school and mission constructed in 1894/95 including a remodelling of a Dutch Billy. Ironically the older building has survived better, having been restored in 2016/17, while Beater’s additions have been mostly demolished.

“WITH this issue we give a view of the Schools and Mission Buildings erected in Mill Street, from the plans of Mr George P. Beater, architect, Lower Sackville Street. The three storey building shown to the right of sketch is a remodelling of one of the Queen Anne type, and has been rendered very effective in connection with the adjoining structures. For our illustration of the Old House in the Liberties, we beg to refer our readers to the IRISH BUILDER for Jan 15th 1880, in which we gave a perspective view of this old mansion, “one of the many interesting old houses of the Queen Anne type to be found in that now almost deserted quarter of our city known as ‘The Liberties'”. We then described it as “being built of red brick with cut stone sparingly, used but the brickwork is now covered with plaster, which takes away greatly from the general effect. Anyone who has the courage to enter will find a staircase, the details of which though rather late, are good and some fine specimens of panelling”.