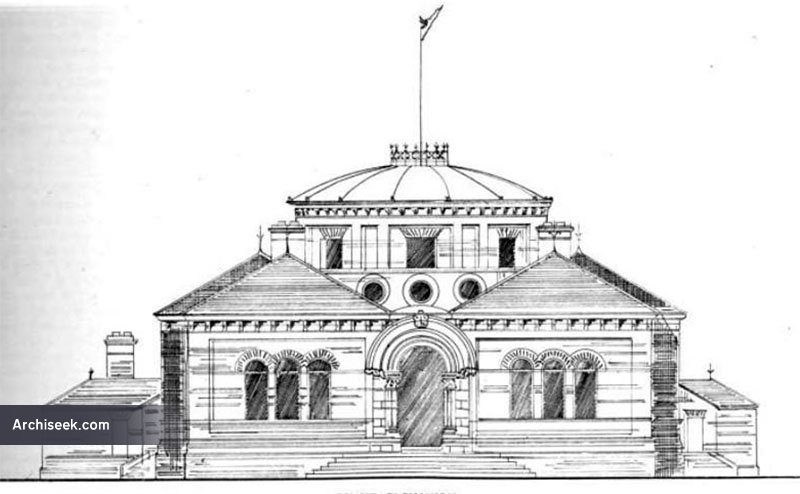 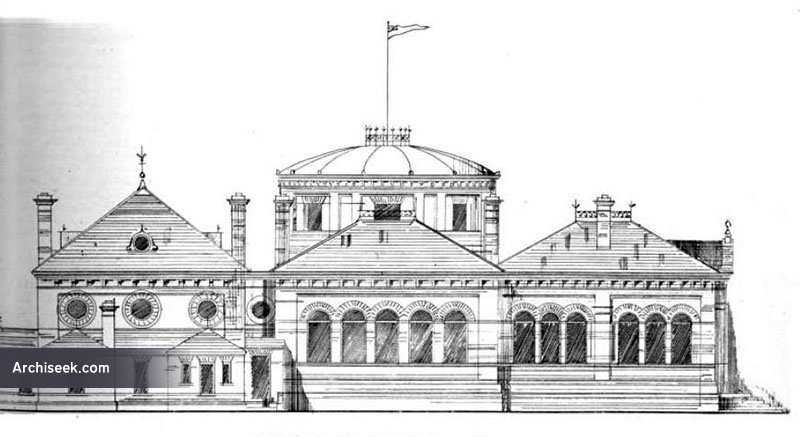 Unsuccessful entrant in competition won by William Kaye-Parry. “The above building is just now approaching completion As our readers may remember the first stone was laid in the month of June last by the Earl of Pembroke by whom the site free of rent was given. The design illustrated in present issue is one of those submitted in competition by Mr Frederick Morley ARIBA Great Brunswick street. The arrangements of the design are for a one storey building consisting of lecture hall 60 ft by 30 ft arranged also for concerts &c lavatories for males and females stage and retiring rooms two store rooms each 16 ft by 10 ft two class rooms each 32 ft by 16 ft four class rooms each 24 ft by 16 ft offices &c and a large central circular hall 32 ft diameter with staircase leading to gallery and workshop over The materials proposed to be used were red bricks with mountain granite dressings and the estimated cost was 4,000 Messrs. Collen Brothers were the contractors .” Published in The Irish Builder, June 1 1893.