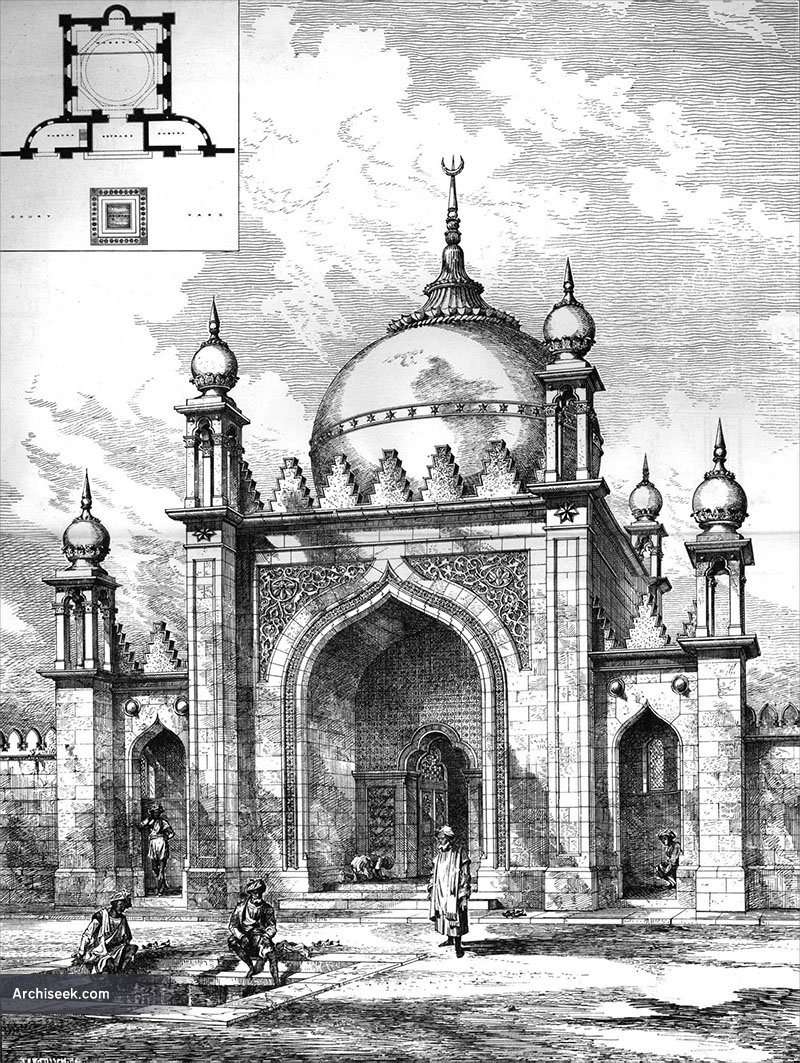 The Shah Jahan Mosque was the first purpose-built mosque in the United Kingdom. Built in Bath and Bargate stone in a indo-saracenic style commissioned by Shah Jahan, Begum of Bhopal (1868–1901).

A drawing of the Woking Mosque by the architect W.I. Chambers was published in The Building News and Engineering Journal, dated 2 August 1889, shortly before the Mosque was completed. It was opened to the public in October or November, 1889.