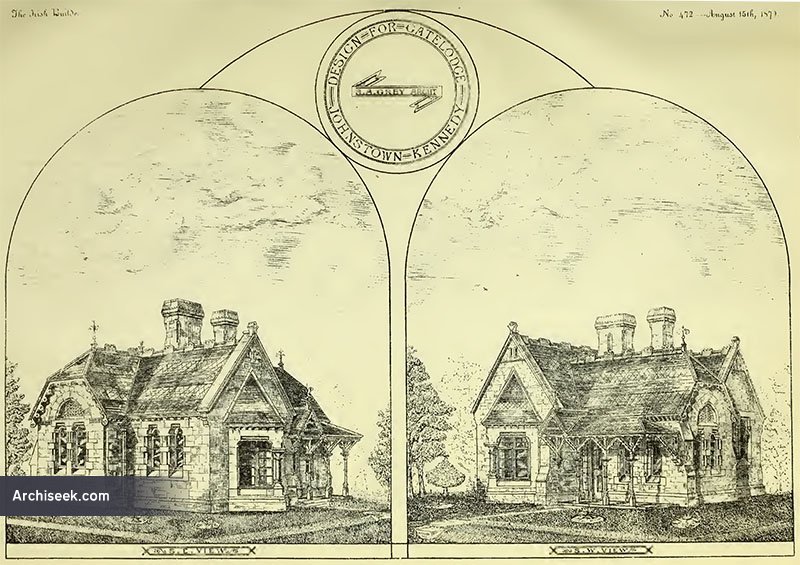 Originally a part of the Johnstown Kennedy Estate which was granted to Sir John Charles Kennedy around 1750. It comprised 382 acres on which he built a three-storey Georgian house. The house had three large bay windows, five reception rooms, seven large bedrooms and six additional rooms. Part of the estate is now Beech Park Golf Club.

This the last of several gate lodges was to be constructed on the Punchestown Road. Not completed as illustrated, the architect was Richard Armstrong Gray, was county surveyor for No. 2 District from 1863 until until his death.

“With present issue we give south-east and south-west views of a gate lodge of an ornate character proposed to be erected at Johnston-Kennedy, Rathcoole, Co. Dublin, from designs by Mr. R.A. Gray, architect. The material will be Dalkey granite with limestone dressings.” Published in The Irish Builder, August 15 1879