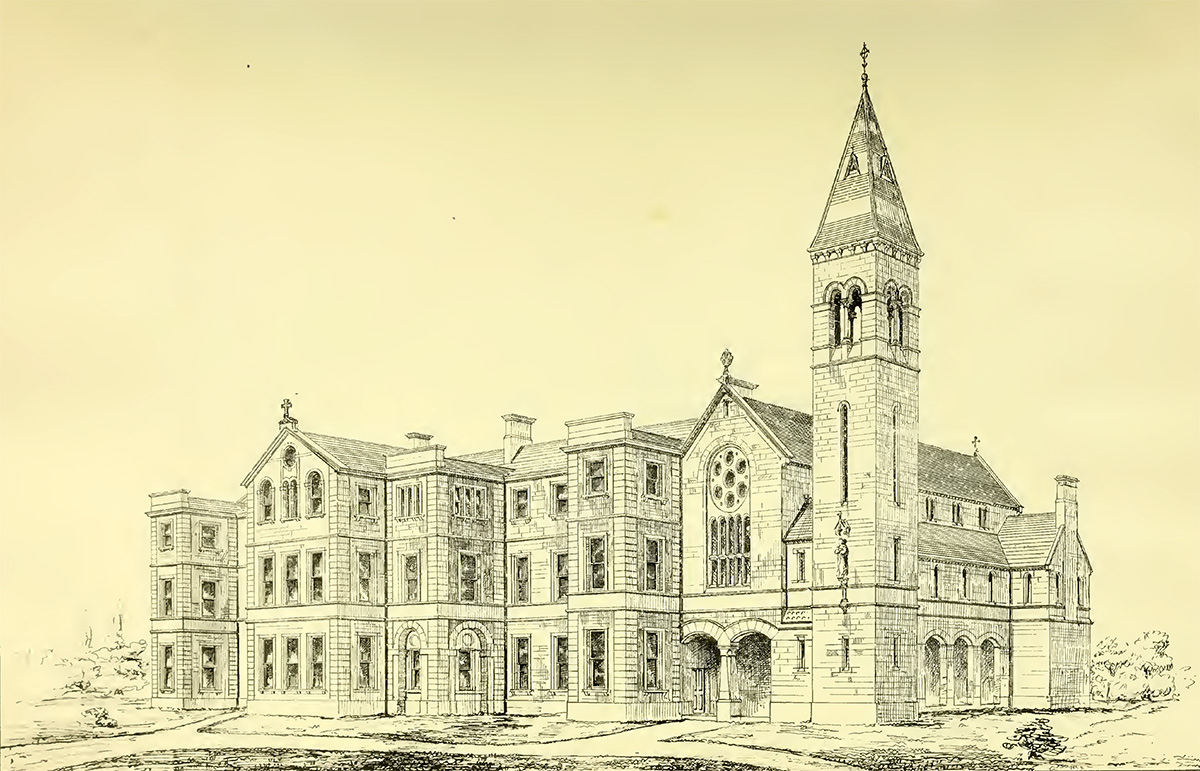 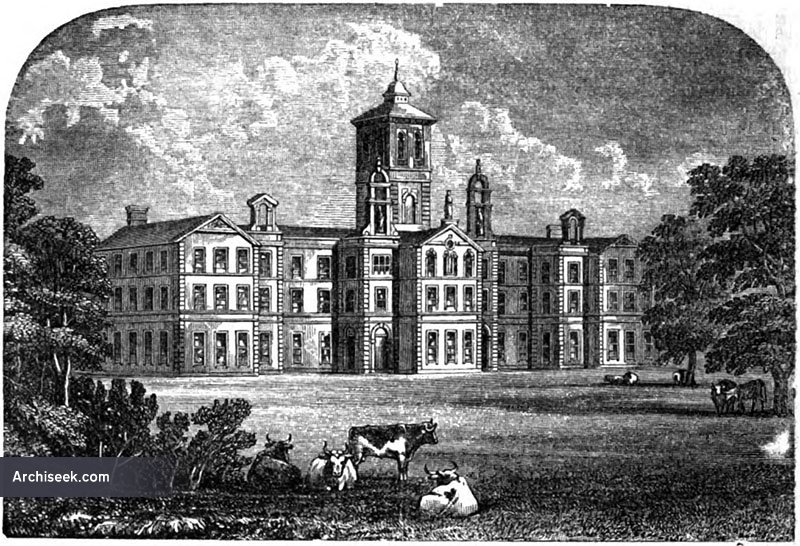 Opened in 1857, where the apartments in Dalcassian Downs now stand. This had accommodation for 150 boys and also provided school facilities. Known as St Vincent De Paul Orphanage but the boys were always called boarders. The Christian Brothers ran the orphanage and school from the time it opened in 1860 until it closed in 1973. The original building was designed by John Sterling Butler with later major additions by John L. Robinson, and a chapel by George C. Ashlin in the late 1890s.

“We are enabled to include herein a small view of the buildings portion of which have been recently constructed—at Glasnevin for the Society of St. Vincent de Paul, and designed, when completed, to accommodate some 120 boys. The style of the exterior, though of plain character, and presenting a calp stone body with granite dressings, displays some novel features, and is effective and appropriate. The internal arrangements are comprehensive, and adapted to their intended purposes, the whole reflecting credit on the architect, Mr. J. S. Butler. Without sectarian identification, which it is always our especial care to avoid, we may observe, that the mission of this society is pre-eminently laudable, and moreover appreciated by the members of all persuasions; and uniting in same, we desire, by insertion of the illustration and this notice, to contribute to its service.” The Irish Builder, November 15 1861.

“The illustration with present issue shows the addition to the Orphanage which (with the chapel) is now in course of erection. The original structure by Mr. J. Butler. The new wing comprises refectory, waiting-rooms, cells for the Christian Brothers (who have charge of the institution under the direction of a committee appointed by the St. Vincent de Paul Society), and a spacious dormitory. The chapel is level with the first floor, and a large covered playground is provided underneath. The architect for the addition is Mr. J.L. Robinson, and the contractors Messrs. Meade and Son.” Illustration published in The Irish Builder, July 15 1878