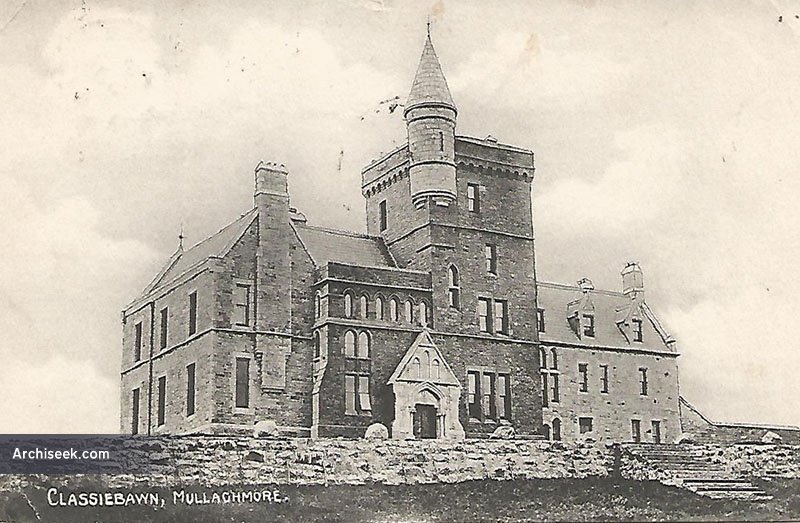 Designed in the Baronial style by J. Rawson Carroll, a Dublin-based, but Scottish, architect, and is constructed of local stone with Mountcharles stone dressings brought by sea from County Donegal. It comprises a gabled range with a central tower topped by a conical roofed turret, and was intended as a marine residence for Rt. Hon. W.F. Cowper-Temple, MP (stepson of Lord Palmerston). Cost: £2,850.

The castle has always been used as a holiday home. The various owners used it for summer holidays and, up to 1916, it served as a shooting lodge in winter. The Castle has probably never been occupied all year-round. 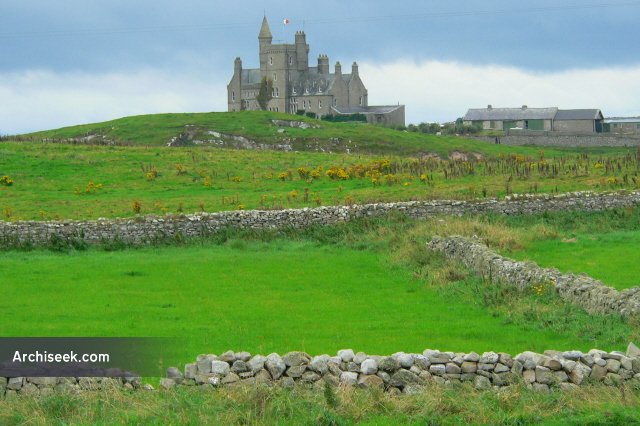 Remained in the family for many years but in 1916 the house was cleared and remained empty until 1950. During the civil war, Classiebawn was occupied by the Irish Free State Army who protected it from damage. In 1939, it was inherited by Edwina, Lady Mountbatten who, with her husband Admiral of the Fleet The 1st Earl Mountbatten of Burma, made a number of improvements, installing electricity and a mains water supply. Mountbatten’s biographer, Philip Ziegler describing the building “as charmless as its situation is magnificent”. After his wife’s death in 1960, Lord Mountbatten spent his summers there until his death when his boat was blown up off the coast of Mullaghmore by the IRA in August 1979. Sold after his death.