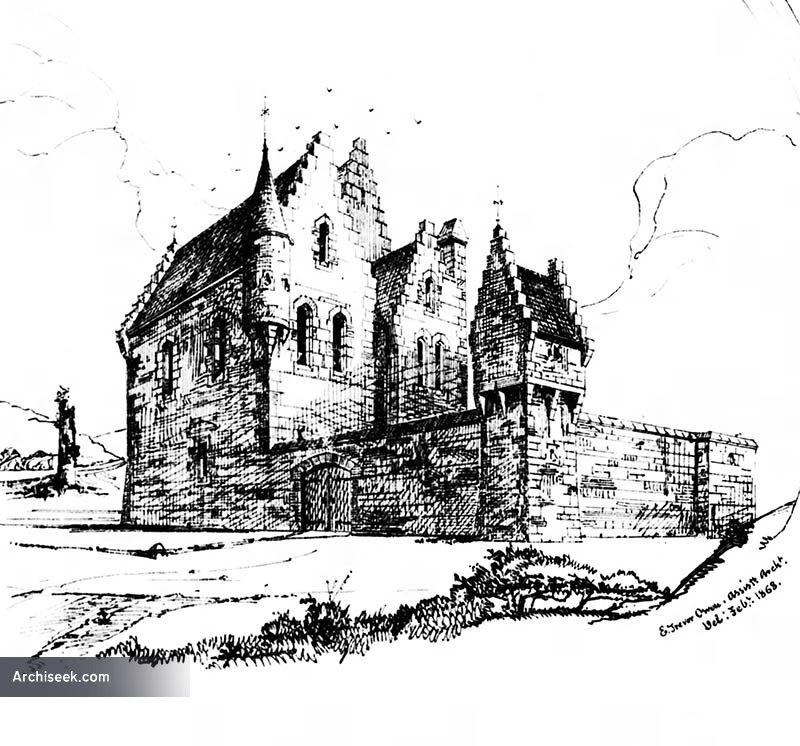 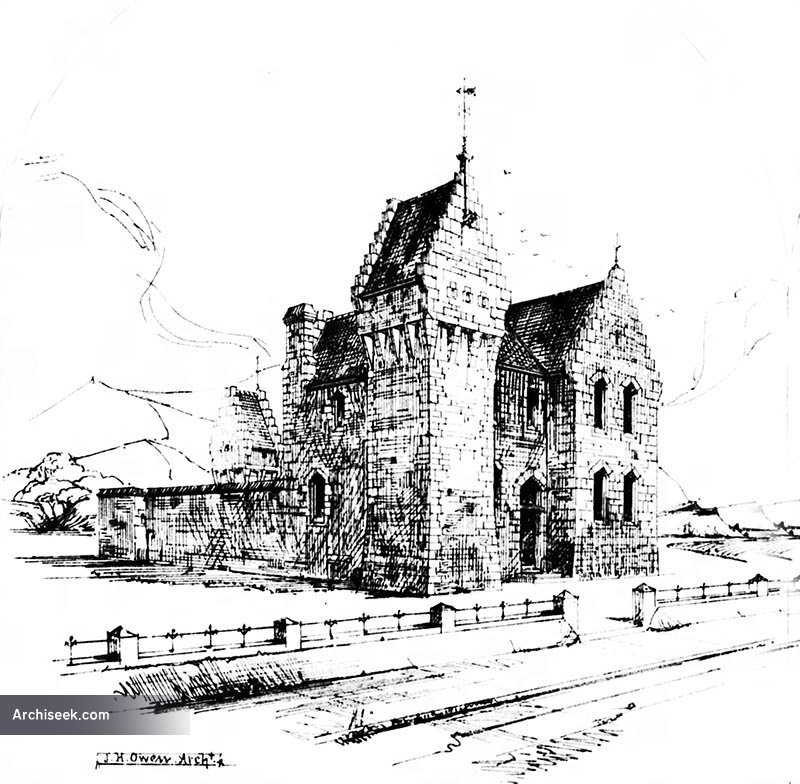 Design by James H. Owen of the Board of Works for RIC police barracks – described as a “second class station”. Owen, Charles Lanyon’s brother-in-law, succeeded his father as architect to the Board of Works and this design is similar to his built barracks at Dungannon in Co. Tyrone.

Described in The Irish Builder as: “a couple of views of he design for second-class barracks for the Royal Irish Constabulary, upon which design several buildings of a similar character will probably be carried out for that service in different parts of the country under the Commissioners of Public Works in Ireland.”