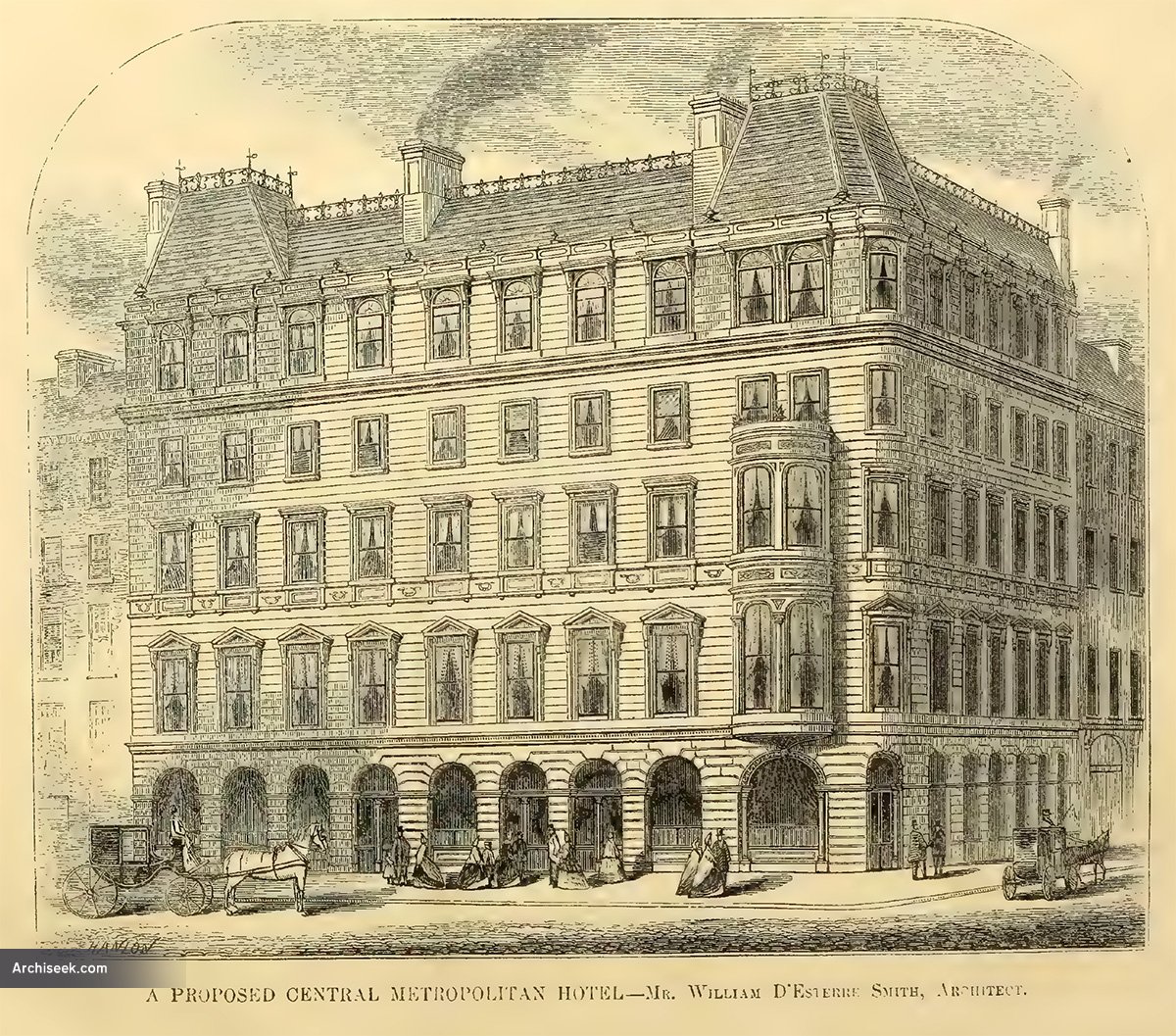 Proposal by an investment company, the Imperial Hotel Company, for a new modern hotel to be constructed on Lower Sackville, now O’Connell Street. It was proposed to raise a capital of around £30,000 in 1,500 shares, of which one-third was to be used to purchase the existing hotel on the site.

“The ground floor will consist of a public reception and news room approached from Saokville-street, and leading to a table d’hote saloon, capable to accommodate 200 persons at dinner. The large yard, where the coaches used to assemble formerly, will be covered over with glass for the special accommodation of those frequenting the hotel, who will reach the upper, state, and family rooms by a special staircase and two spacious halls, totally distinct from the public department. The first floor will contain a coffee room as at present, looking out upon Sackville-street, also a family saloon and dining room, for the special accommodation of parties residing in the hotel, and their friends ; private sitting rooms, and consultation rooms for business. The kitchen, bar, and waiters’ offices will also be situated on this floor to the rear, removed from the family apartments ; and two large commodious billiard rooms will be also provided for the use of those frequenting the hotel. The second and third floors will contain first-class sitting rooms, with dressing rooms attached, mostly looking into Sackville-street ; bath rooms, and convenient accommodation for servants, &c., where required. The fourth floor, to be newly erected, will be chiefly for the accommodation of single gentlemen, at a reduced scale of prices; the luggage to be raised and distributed by a lift from the covered area below, and every comfort and attention will be provided which the taste and habits of modern times so imperatively demand.” The Dublin Builder, May 1 1863.

“It is considered that more than half the project is already in existence by the superior advantages of the present concern, which was specially built for the object in view, it will be found that the projectors have only to unite the new buildings to the old, so as to form one of the most commodious concerns in the kingdom.” Published in The Dublin Builder, May 1 1863.