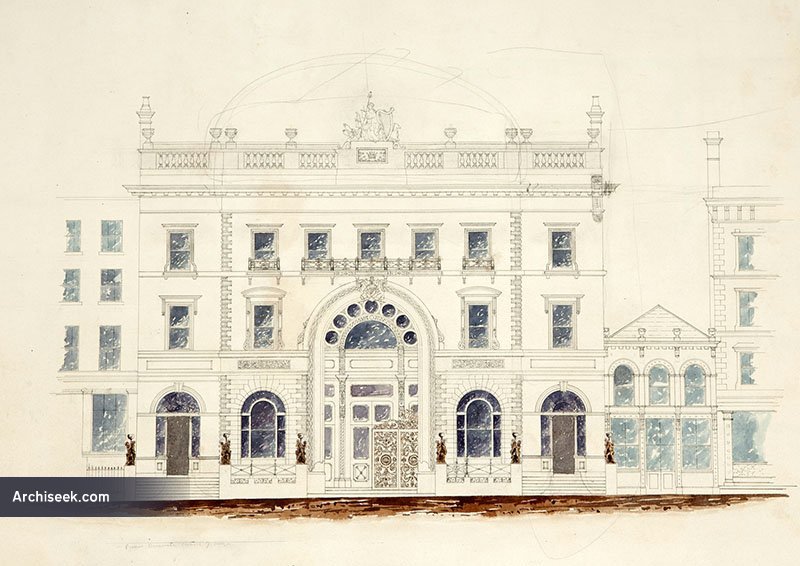 Competition entry for headquarters of the National Bank on College Green. The National Bank was a competitior of the Bank of Ireland opposite and seen very much as a bank for catholic businessmen rather than the Anglo-Irish aristocracy.

Geoghegan won the competition but was not to work on the building until the late 1880s when he utilised much of the design work done for the competition, with the major exception of the entranceway. In his designs the entrance expresses the barrel-vaulted form of the banking hall behind – a more sober entranceway was constructed. This bank is now a clothing store, and the fine interior plasterwork easily appreciated.