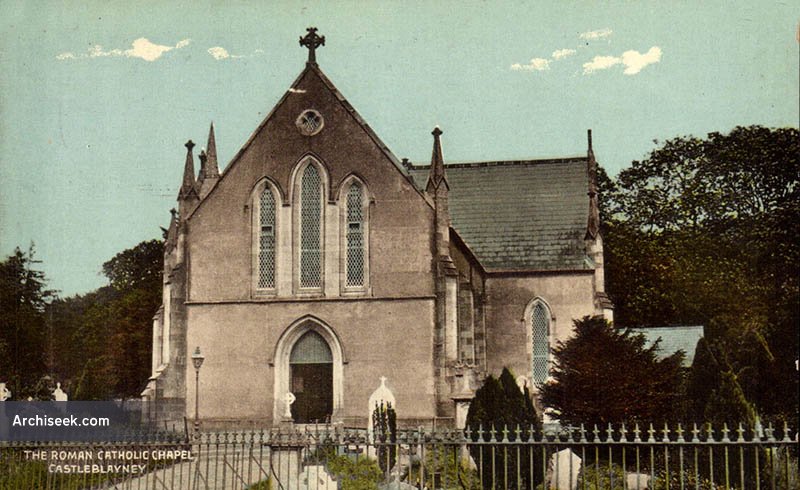 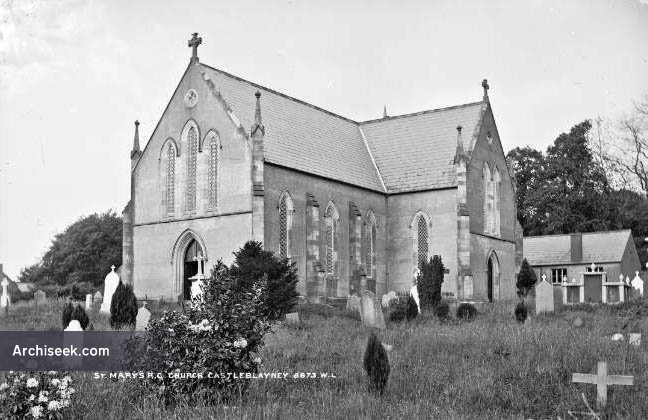 Probably designed by James Hughes, of Charlemont, Co Armagh who died in 1875. The Builder of 7 August 1875 notes that ‘the deceased was an architect of ability’ with ‘several ecclesiastical structures, and other buildings’ to his credit. Dedicated on 5 November 1861. Later works by John Murray in the late 1860s, and by J.F. McGahon of Dundalk in the 1920s. The original church was much smaller in size than what it is today. It was extended and extensively renovated during the years 1955-57 and is now cruciform in plan. A bell and bell tower was erected near the church in 1963.

The stained glass window in the apse forms a strong internal feature, with the image of the crucified Christ dominating. It also has images of Our Blessed Lady, St Patrick, St Brigid and St Peter, Dating from the 1880s it is attributed to Meyer of Munich.