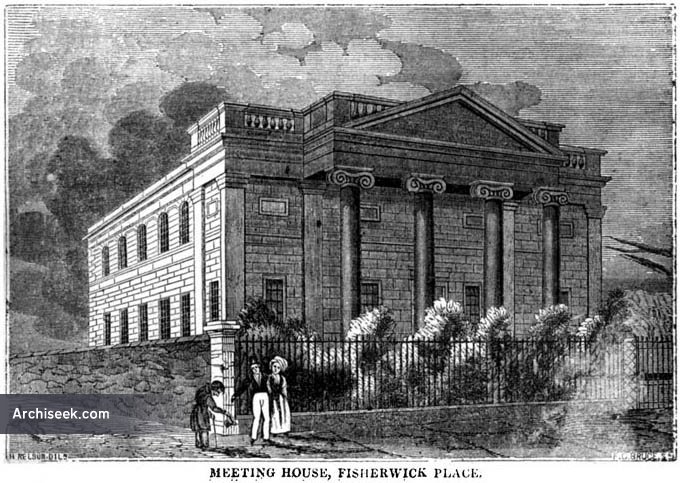 Opened 20 Sep 1827. Demolished to make way for Presbyterian Assembly building. Described in The Dublin Penny Journal, Views in Belfast (1833), as “Erected in the year 1827-28, is built of polished freestone, of excellent quality; the superstructure resting on a basement of granite-stone, which is elevated above the surface about three feet. On the north and south sides are two ranges of well-proportioned windows, separated by a facia-course, which surrounds the building. The principal entrance is on the west front, which has a handsome portico of the Ionic order, consisting of four columns, and antæ, which support a regular entablature and angular pediment. The columns measure twenty-seven feet in height; the capitals of which are imitated from the Ionic temple at Ilissus, near Athens. The entablature of the order is continued along the front of the edifice, supported by antæ, over which runs an attic balustrade. The interior of the house, which is well lighted, displays considerable elegance.”