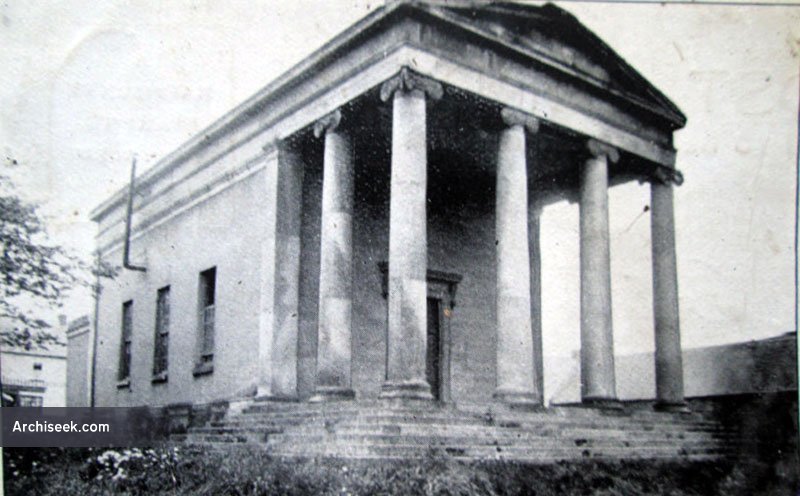 Described by Lewis in 1837 as “The court-house is a handsome building in the Grecian style, in front of which is a portico with four Doric pillars.” Presumed to be by Daniel Robertson as it was erected at the expense of Philip Bagena, who was, according to Dia.ie, “the brother of Walter Newton of Dunleckney, Beauchamp Bartholomew Newton of Rathwade, John Newton of Bagenalstown House, and Henry Newtown of Mount Leinster, who were all clients of DR in this period.” Repurposed in 1992 as the town library with many of the original interior fittings preserved including the visitors gallery.