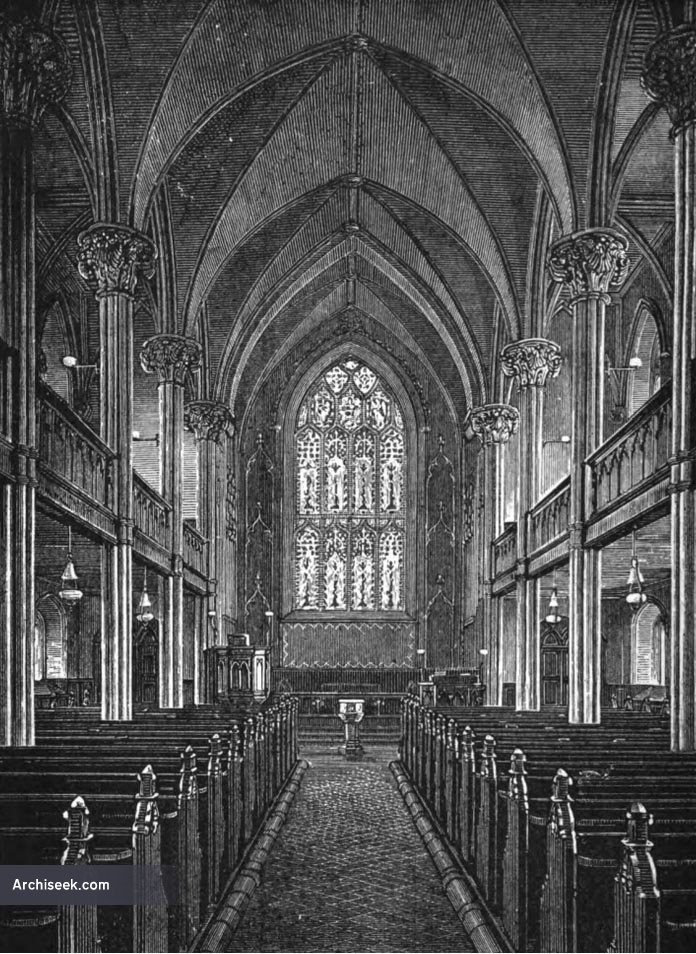 Kirwan House or The Female Orphan House was a female orphanage on Dublin’s North Circular Road, established in 1791. Destitute Girls, where both parents were deceased, were placed in the home, and instructed in the Church of Ireland faith. They were also trained to be domestic servants. The chapel was designed and constructed as part of a wing containing offices to the existing late 18th century orphanage building. The interior plasterwork believed to be by George Stapleton. Closed in the 1950s and demolished to make way for a large unremarkable office building.