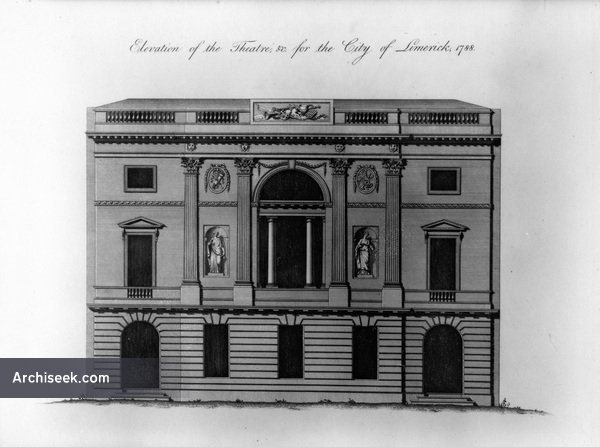 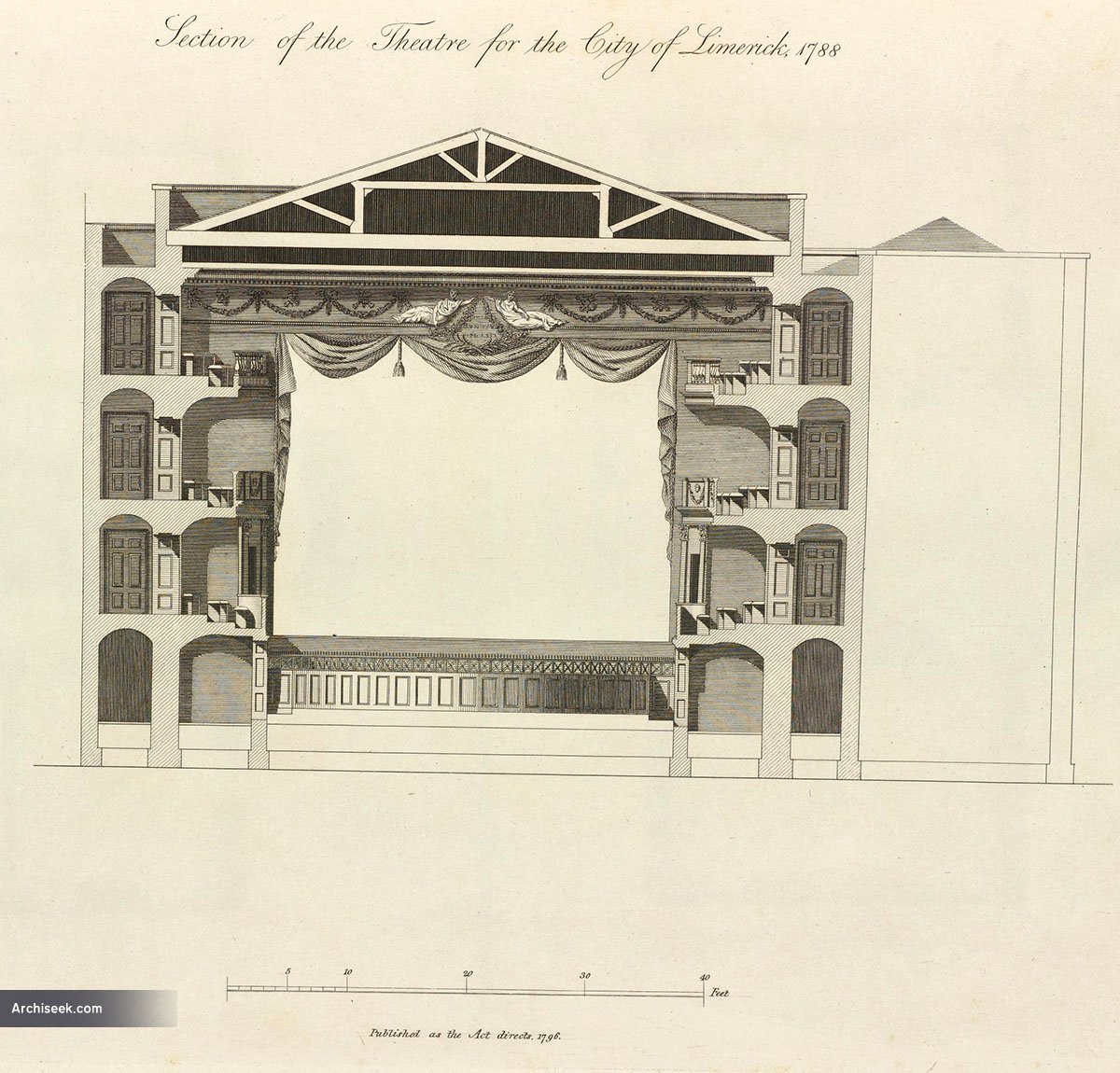 In the second volume of his Original Designs in Architecture, published in 1797, James Lewis included several designs for buildings in Ireland including this proposed theatre, ‘to be erected on the site of uncovered ground adjoining the Assembly House’.

“Plans, Elevation, and Se6tion for the New Theatre in the City of Limerick, and for the House of John Prendergast Smyth, Esq. M. P., communicating therewith.

These Designs were made in 1788, several years before the Theatre at the Pantheon, the new Opera House, or the Theatres of Covent Garden and Drury Lane, as they now exist, were built. The drawings were approved of by the Committee of the Nobility and Gentry, subscribers for the building, and a model was made by their desire for the better understanding of the design.

The form and construction here adopted, is much better suited to Theatres, built on a small, than on a large scale ; for though the removal of columns and pilasters from the support of the boxes and galleries is of great advantage to the spectators, yet the architectural effect is much injured by it, and more especially when the projection from the walls is considerable, as must be the case when the seats exceed two in depth. This building is to be erected on the site of uncovered ground adjoining the Assembly House, on the quay ; and though the situation is convenient in many respects, yet the form of the ground was unfavourable for the purpose, and particularly for the part appropriated to the stage.

The entrance to the boxes is from the Hall and Vestibule of the Assembly House, the landing of the Great Stairs of which, leads to the Corridor of the Boxes, and is continued to the Ball and Card Rooms, a circumstance highly pleasing to the nobility and gentry of that country and city, as their assemblies are always held at the same time in which the Theatre is open.

The entrance to the Pit and Galleries is in the back street.

The apartments in front, adjoining the quay, are for the residence of John Prendergast Smyth, Efq. M. P., during his stay in the city, who gave the ground for the building of the Theatre, and was the principal promoter of the undertaking.”