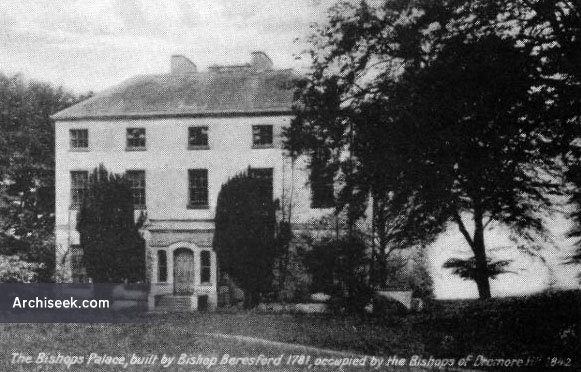 Dromore Palace was sold in 1842, when the diocese of Dromore was merged with Down and Connor. In 1883 it was sold to the Jesuit Order for £8,200 , who renamed it Loyola House and ran it as a novitiate house. However, the novitiate house only operated for four years and closed in 1888. During those four years one of the more famous visitors was Gerard Manly Hopkins who wrote sonnets while staying there in 1887. The Jesuits retained possession of the property until January 1918 when it was sold for £8,840. Since then it fell into ruin and has been demolished.