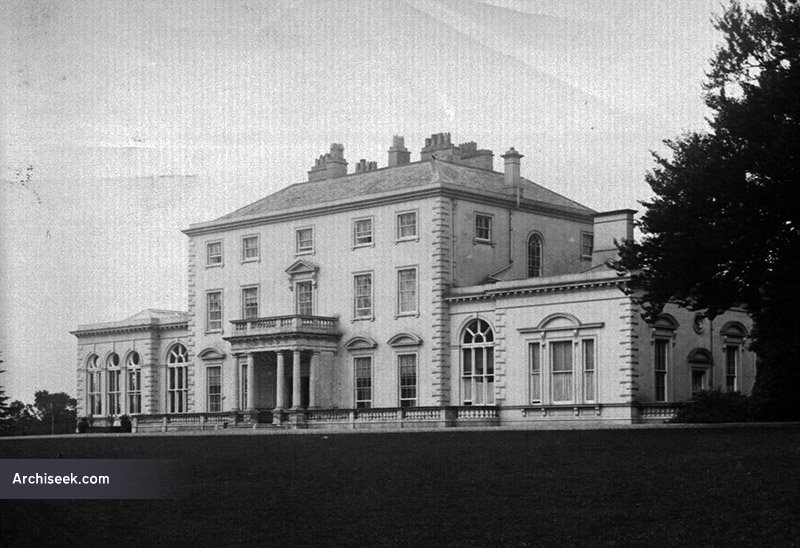 Built in 1777, it stayed with the McClintock family until the 1940s. In 1948, it became St. Mary’s Hospital, a hospital for the mentally ill, and later a Saint John of God hospital. The 1837 Topographical Dictionary of Ireland described it as “the seat of J. McClintock, Esq., an elegant mansion, beautifully situated in an extensive and richly wooded demesne, commanding a fine view of the Carlingford and Mourne mountains and the sea.”

Originally large and rectangular, three storeys over a basement. It was two rooms deep split by a large central hall. The original building had a simple triparite doorcase that was set in a shallow relieving arch. A mid-19th century expansion included a four-columned Doric porch. Later expansions added two-storey, three-bay wings.

The interior was entirely remodelled by Kelly & Jones when Drumcar House became St. Mary’s Hospital in 1948.