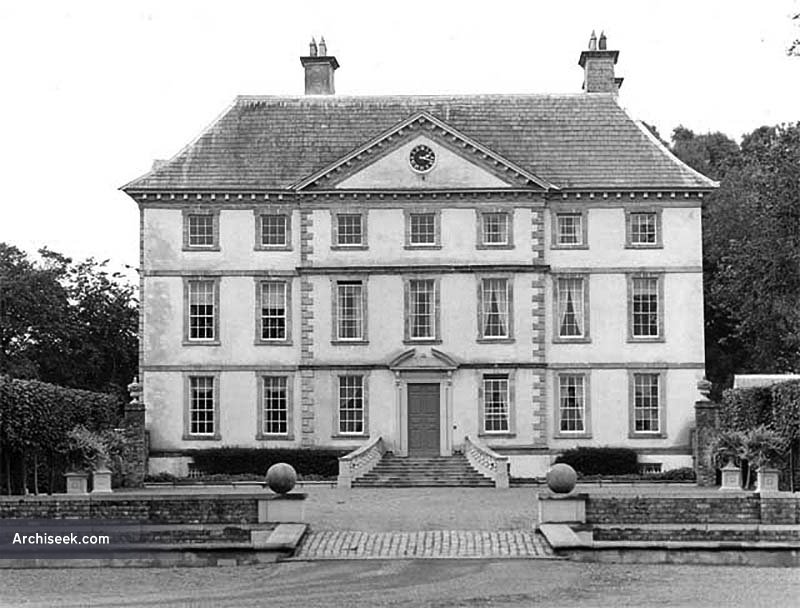 Stackallan House is one of the very few surviving classical Irish country houses from the early eighteenth century. The principal façades to the west and south have nine and seven bays, with the central three-bays of both projecting with a pediment.

Built in 1715 by Gustavus Hamilton (b. 1639), first Viscount Boyne, the estate consisted of forfeited lands beside the River Boyne which were granted to then General Hamilton for heroism at the Battle of the Boyne, the Siege of Derry, and the capture of Athlone. Another Williamite soldier, Thomas Burgh is sometimes credited with the design.

Described by Lewis: “Stackallen House is the handsome residence of Viscount Boyne, whose ancestor, Gustavus, first Viscount, commanded a regiment in King William’s army in the battle of the Boyne: he was interred in the church of Stackallen in 1723, as have also been many other branches of the family. The mansion is a spacious structure, and stands in a fine, well-planted demesne”.