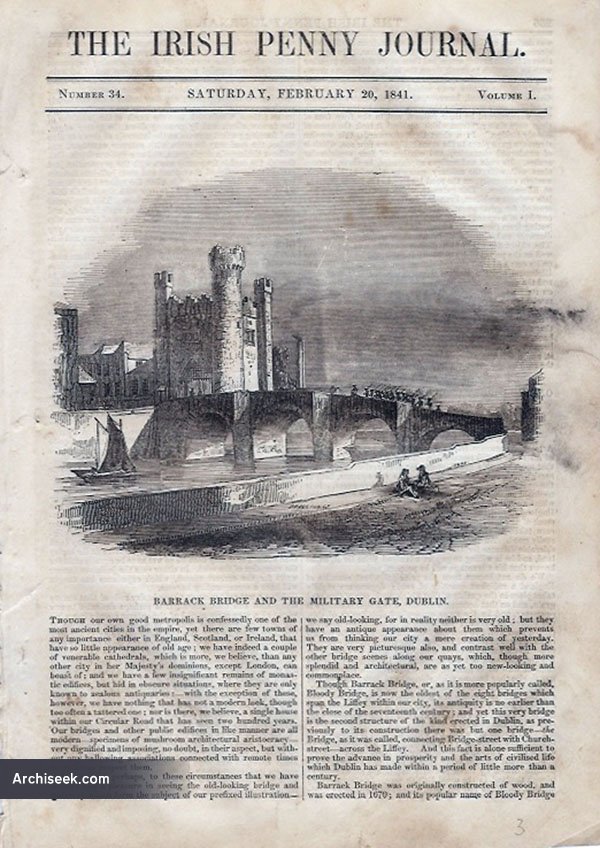 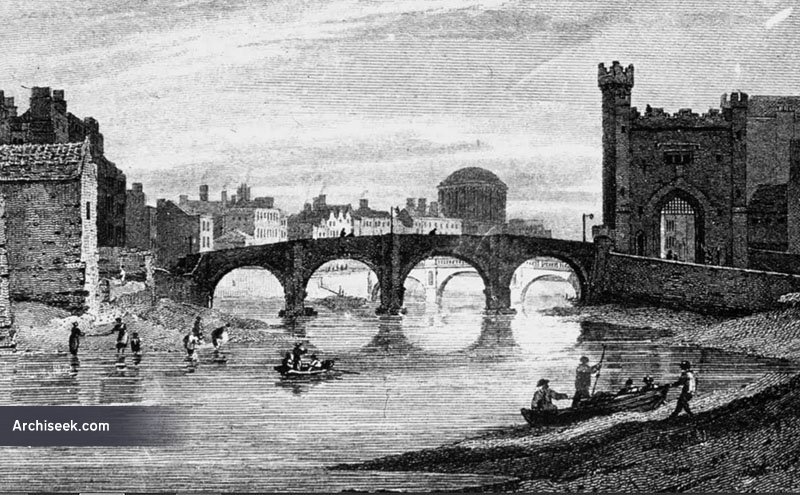 Barrack Bridge was originally a wooden structure built in 1670, and was the second bridge across the river Liffey. During its construction, a number of men attempted to destroy it on several occasions because of the financial damage it would cause to ferry owners in the vicinity. Twenty were arrested and taken to Dublin Castle. During a transfer to the Bridewell Prison, they were rescued with four dying in the process.

Largely because of this Barrack Bridge became known as Bloody Bridge. Later widely known as Barrack Bridge due to the vicinity of the massive Royal Barracks. In the late 17th century it was rebuilt in stone. Later around 1811, the gateway known as the Richmond Tower was constructed alongside by Francis Johnston. It was later removed to Kilmainham at the expense of the railway company after Heuston Station was opened in the 1850s.