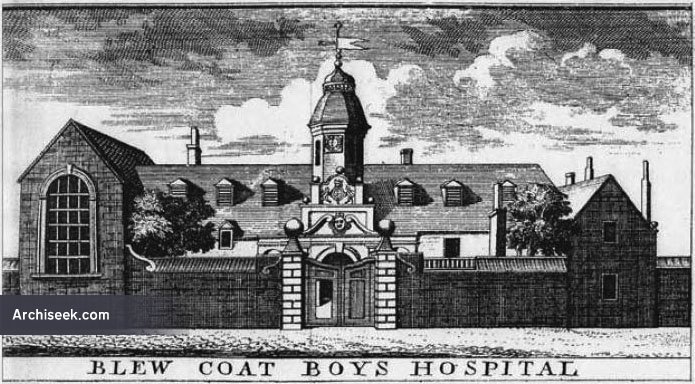 In Oxmantown Green, the King’s Hospital or Bluecoat School, was erected between 1669 and 1673 as a free school for boys and an alms house for unprivileged. Officially the building was known as The Hospital and Free School of King Charles II. Orphans were nominated by the Alderman or the parish, with funding coming from voluntary subscriptions and the ground rents of St. Stephen’s Green.

The building was a u-shaped building with a chapel and dining hall at the ends enclosing a small courtyard. The central block had an octagonal tower decorated with the Royal Arms. The arms of the City of Dublin were placed over the main doorway. Architect is unknown. Demolished to make way for a replacement building.