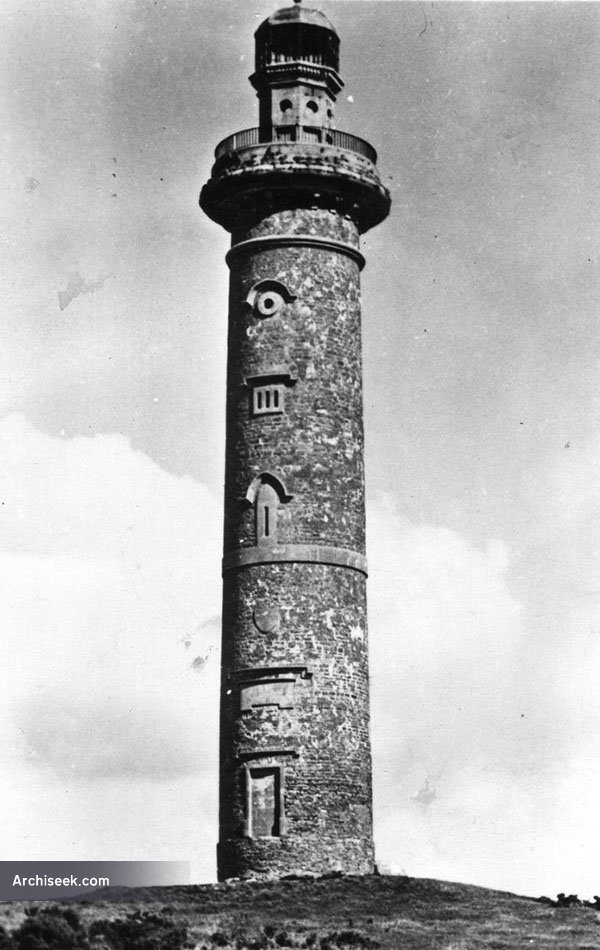 An 18th-century lighthouse folly in the form of a giant Doric column, surmounted by glazed lantern, erected to the memory of Thomas Taylor, 1st Earl of Bective, by his son. Roughly 100 ft. high, the tower was used to view horse racing and the hunt in the nineteenth century. The plaque on the tower reads: ‘This pillar was designed by Henry Aaron Baker Esq. architect was executed by Mr. Joseph Beck stone cutter Mr. Owen Mc Cabe head mason Mr. Bartle Reilly overseer Anno 1791’.