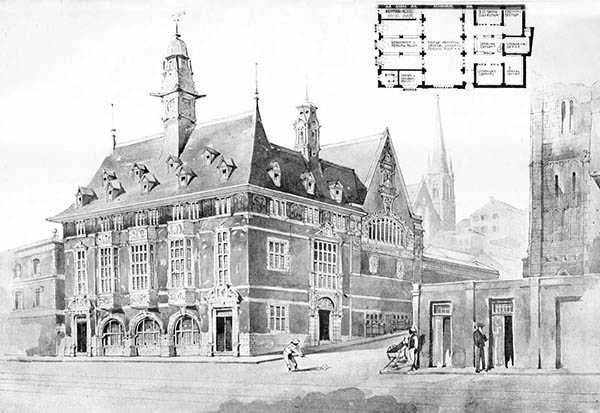 An architectural competition was held to design this public library and hall, it was won by English architect Henry A. Cheers. Second place was awarded to Bateman & Bateman.

“This design obtained the second premium in the same recent competition under an assessor, and was submitted by Messrs. Bateman and Bateman, and H.T. Buckland, of Birmingham ; the drawing was hung in the Architectural room of the Royal Academy this year. The materials proposed to be used were roughcast on common brickwork, with stone dressings, and green slates for the root. A special feature was made externally and internally of the Savage Memorial Hall in the centre of the building, which was to be used as the general reading-room.” 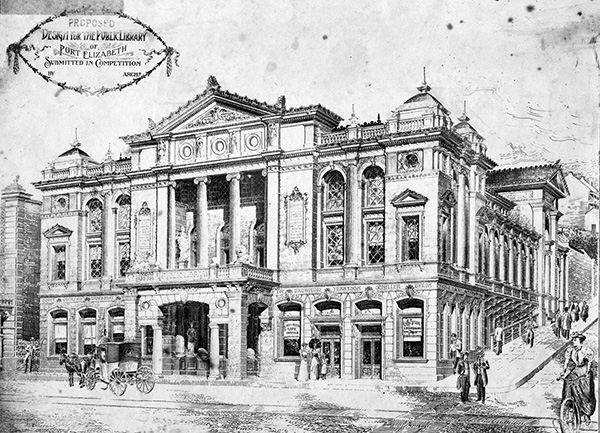 Alternative design for the Library by unknown architect.