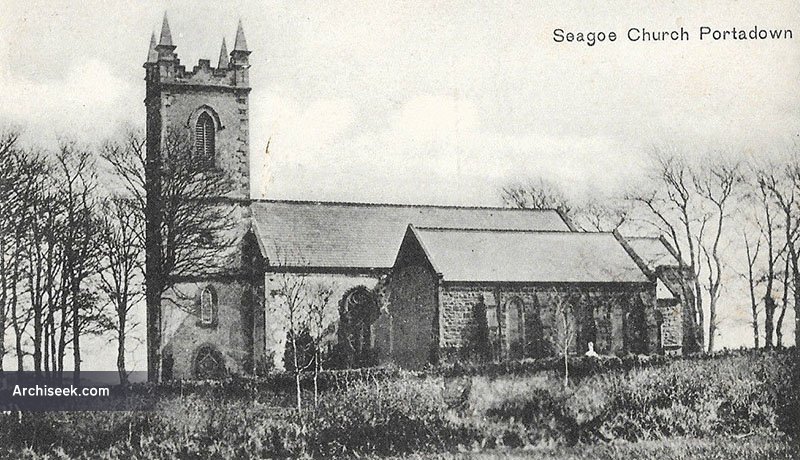 Largely constructed in 1816 near the site of former one, which had become too small. Described by Lewis as ‘a large handsome edifice in the early English style, with a square tower built at an entire cost of £2200, of which £1000 was a loan from the late Board of First Fruits… the interior is fitted up in a very superior manner’. This is a dispute over the architect of this stage of the church with a J. Brownlee and John Bowden both being credited. Later work in the late 1880s by Sir Thomas Drew who added a south aisle, chancel, porch and adaptations to the nave.