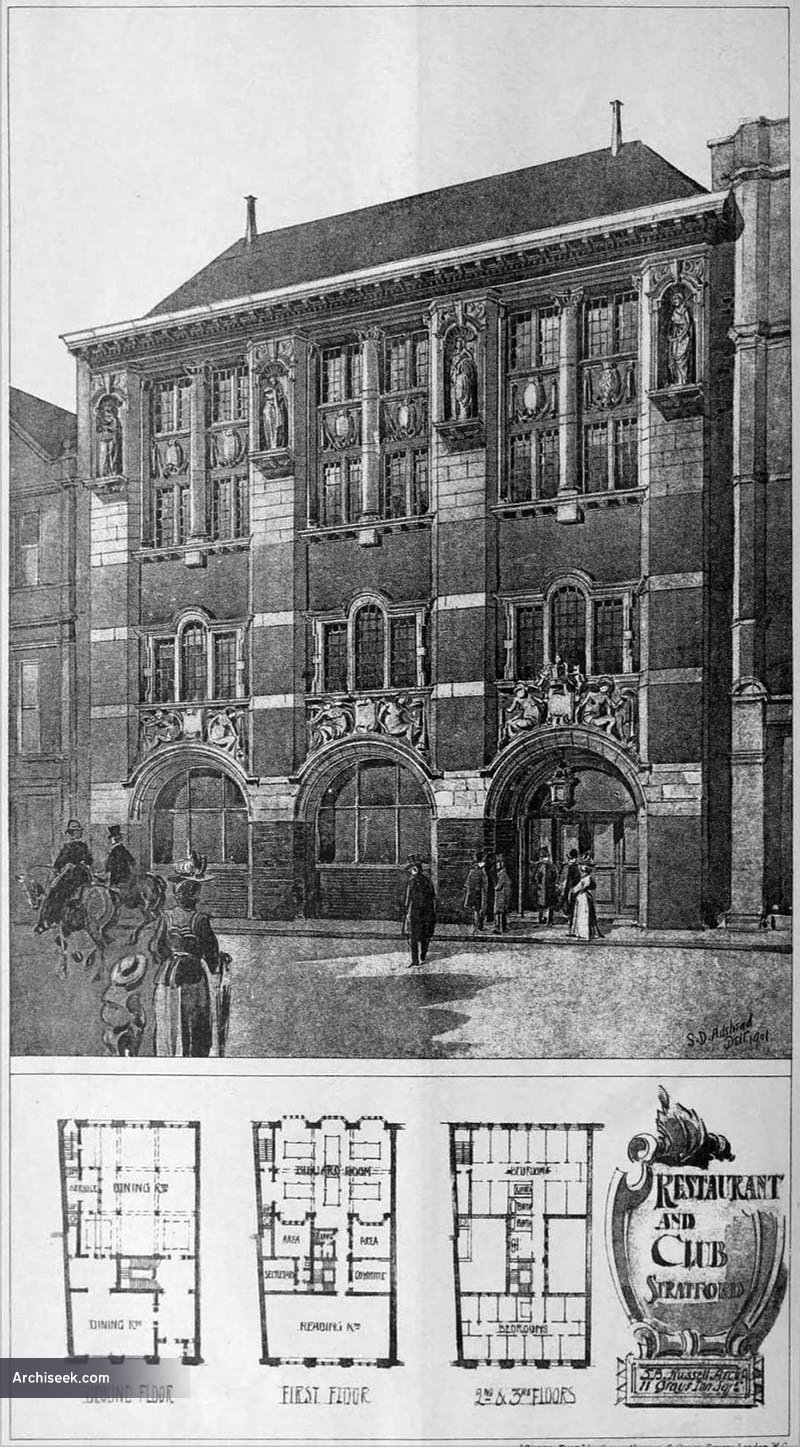 “This building is the first of a series intended to be erected by the West Ham Club and Restaurant Co. The company’s prospectus contains the following : “The company has been formed for the purpose of establishing and conducting in the county borough of West Ham (and elsewhere 1 should it be so determined) club-houses and restaurants, and of providing therein refreshments, sleeping accommodation, amusements, and recreation for the industrial classes. It is proposed to encourage athletic clubs, friendly and } other societies to make the establishment their headquarters, and thus insure a volume of trade and extend the popularity of the house.” Beyond the accommodation shown in the illustration, there is a basement containing a large coffee and smoking-room, the kitchens, and the necessary stores and heating-chamber. The work is being carried out by Messrs. Kingerlee and Sons, of Oxford, under the superintendence of Mr, S.B. Russell, F.R.I.B.A., of 11, Gray’s Inn-square, W.C.” Published in The Building News, August 16 1901.