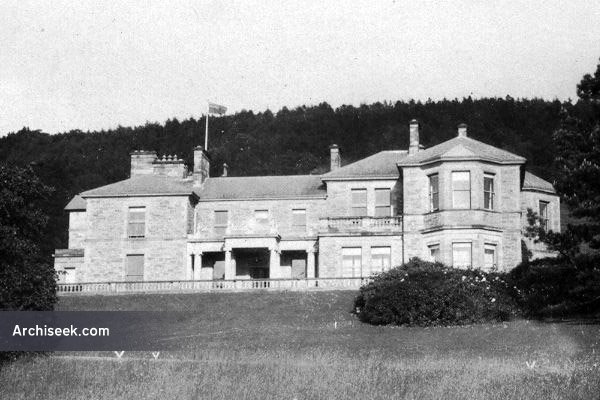 Redburn House was designed by the architects Lanyon, Lynn and Lanyon and built for Robert Grimshaw Dunville and his wife Jeannie in 1865. The Dunvilles were wealthy landowners and distillers. It had seventy rooms, the most grand of which were the entrance hall and the ballroom, and it was set in one hundred and seventy acres of land, with views of Belfast Lough and the hills of Antrim. The last Dunville to live at Redburn House was Robert Grimshaw Dunville’s daughter-in-law Violet. After she died in 1940, Redburn House was commandeered by the Air Ministry to accommodate members of Women’s Royal Air Force. After the war Redburn House became derelict and vandalised, and was demolished.