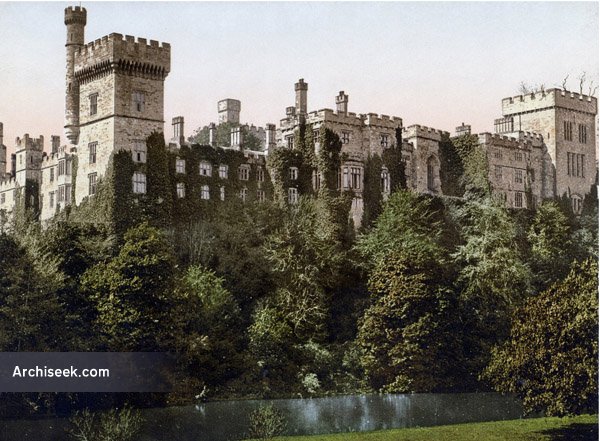 Originally built in 1185 by King John, Lismore Castle was owned in turn by Sir Walter Raleigh and Richard Boyle, First Earl of Cork, before passing to the Fourth Duke of Devonshire in 1753. The current building contains the fabric of various building projects dating primarily to the 17th and 19th centuries, with the remains of some medieval fabric.

It was under the 6th Duke (1790–1858), that the castle’s present appearance developed. He transformed the castle into a fashionable ‘quasi-feudal ultra-regal fortress’ as soon as he succeeded his father in 1811, engaging the architect William Atkinson from 1812 to 1822 to rebuild the castle in the Gothic style, using cut stone shipped over from Derbyshire. 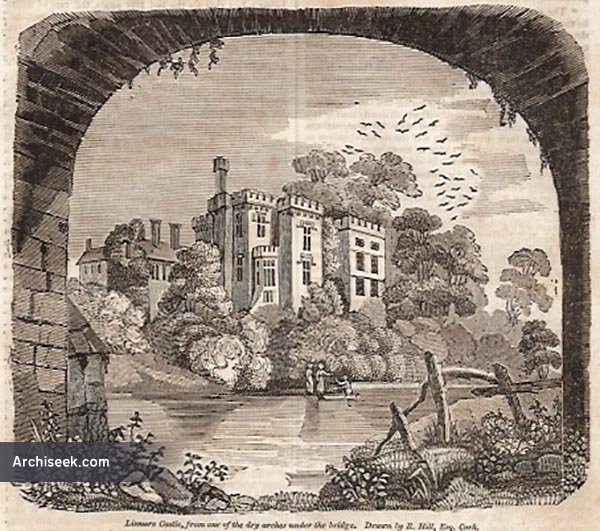 In 1850 he engaged Sir Joseph Paxton, the designer of The Crystal Palace, to carry out improvements and additions to the castle on a magnificent scale – the present skyline is largely Paxton’s work. Constructed around a courtyard, the range to the north looming over the River Blackwater; while the various battlemented towers and turrets ornament the skyline, and are visible from some distance.

At this time John Gregory Crace, the leading maker of Gothic Revival furniture and his partner A.W.N. Pugin were commissioned to transform the ruined chapel into a medieval-style banqueting hall, with a huge perpendicular stained-glass window, choir-stalls and Gothic stenciling on the walls and roof timbers. Pugin also designed other chimney-pieces and furnishings in the castle and after his death in 1851 Crace continued to supply furnishings in the Puginesque manner. The castle contains some of the finest examples of domestic Pugin furniture still in private hands.

The gardens, laid out over eight acres within the 17th Century outer defensive walls, are believed to be the oldest in Ireland and retain much of their original Jacobean form.