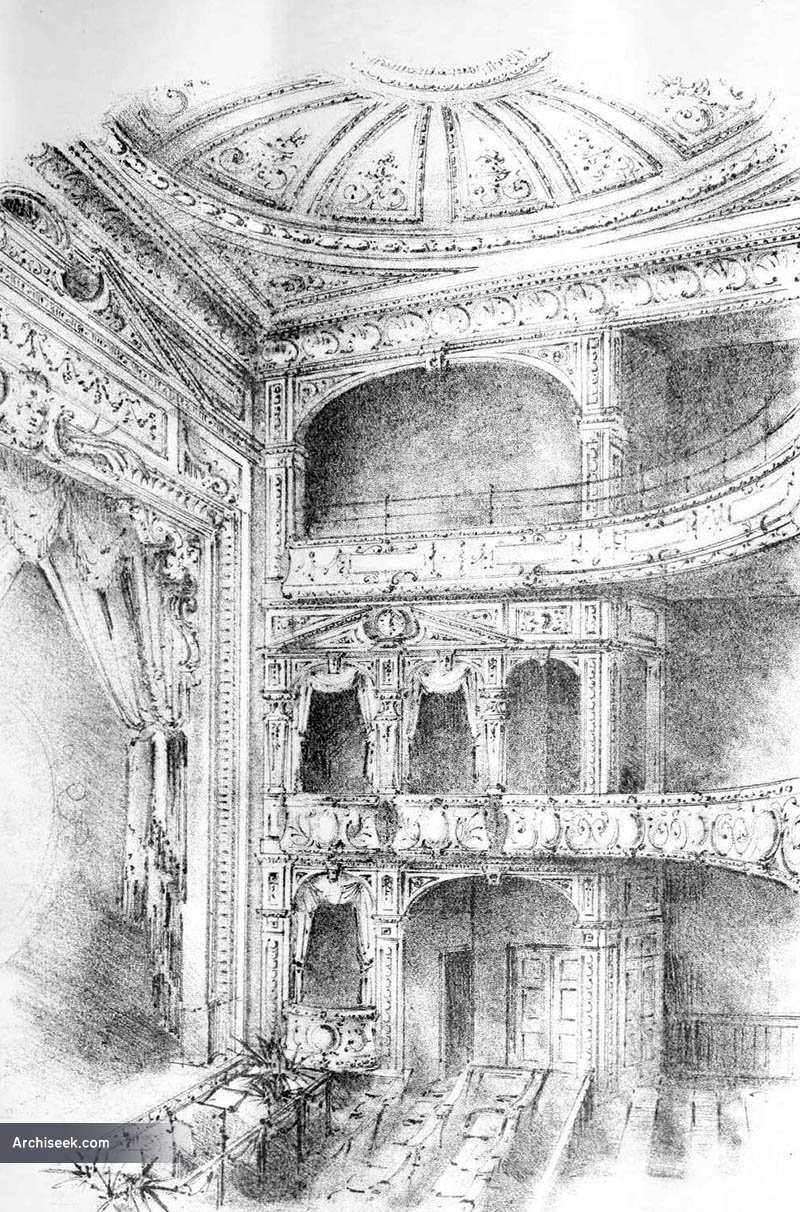 Built adjacent to the swimming baths of 1872, the Grand Theatre was opened on 10th December 1898 with a performance by Lily Langtree. It was designed by London based architect Charles Herbert Shoppee, and had a brick, stone and terracotta facade. Closed in 1957 and demolished in 1959 along with other neighbouring buildings for a shopping development.

“This theatre has been erected in Waller-street, in the centre of the town of Luton, for Mr. Reginald F. Xamer. from designs and under the superintendence of Mr. Charles Herbert Shoppee, F.R.I.B.A., of John-street. Bedford – row, London, by Mr. W.G. Dunham, builder, Luton, and affords accommodation for an audience of about 1,500 persons. The theatre is constructed with fire-resisting material, is fitted with hydrants and sprinklers, and is heated throughout’ The lighting is by gas, there being no electric system of lighting in Luton. It is faced externallv with grey Luton bricks, relieved with quoins and dressings of red bricks and St. Aldhelm box around stone for the cornices, strings. Arc, and for the gable. The lower story is faced with dark-brown glazed bricks. The fibrous-plaster decorations internally are finished in white and gold, and were executed by Messrs. De Jong and Co., of London ; the furniture and fittings were provided by Messrs. Broadbridge and Sons, of Brighton, the iron and steel work by Messrs. R. Moreland and .Son, Ltd., of London, the lighting and heating apparatus by Messrs. Strode and Co., of London, the hydrants and fire-resisting curtain by Messrs. Merryweather and Sons, and the stage (which is fitted with all the latest improvements) by Mr. J.W. Cawdery, of London.” Published in The Building News, September 1 1899.