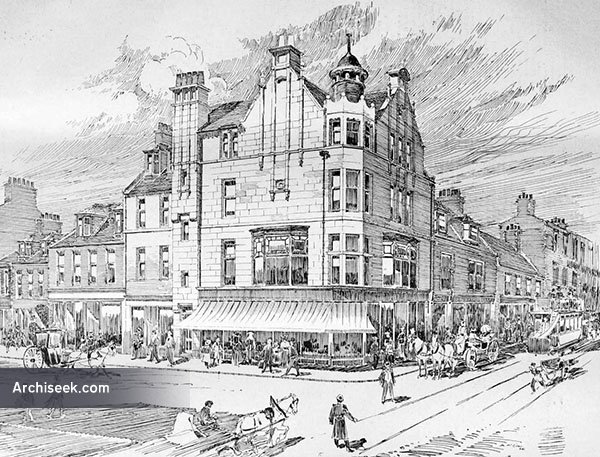 Originally constructed for a local drapery firm, long out of business. Not as suggested on a wide open space but on a junction of two streets, one of which is quite narrow. Imposing nonetheless. “This building is being erected on a prominent site at the corner of John-street and George-street, directly opposite the offices of the North of Scotland Bank. The walls are built of granite from the local quarries. The ground and first floors contain well-lighted spacious saloons and abundant accommodation for carrying on an extensive drapery business. The building, which will be lighted by electricity, is being erected for Mr. A. K. Duncan, who previously occupied an old building on the same site. Messrs. Brown and Watt, Aberdeen, are the architects, and the estimated cost of the building is £5,000.”