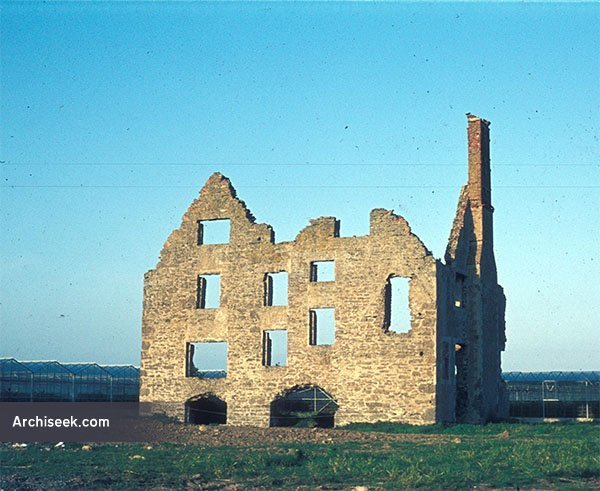 According to Maurice Craig, it was a fine example of the skill and craftsmanship of Irish stonemasons and plaster workers in the early 1600s. It was the former residence of the Bolton family, many of whom had distinguished legal careers, including Sir Richard Bolton, Lord Chancellor of Ireland, in the reign of Charles the First. Destroyed by fire in 1810, and it was completely demolished in 1978 with the permission of the Office of Public Works, even though it later made a permanent preservation order on the site “to prevent any disturbance of archaeological strata”.