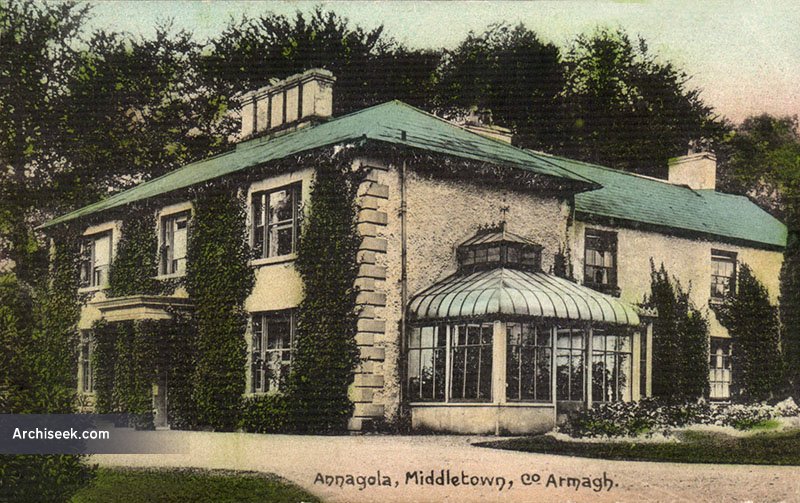 Fine smaller country house with conservatory and prominent central chimney stack. Still standing today and largely as illustrated in this postcard including the small conservatory. Close to Middletown, Co. Armagh, but actually sited on the Monaghan side of the border.

This house was once the Irish residence of F.W. Crossley, who played an important role in the establishment of Ireland as a tourist destination in the nineteenth century, forming the first Shannon Development Company which ran a steamboat service on that river, and worked in conjunction with railways and hotels.