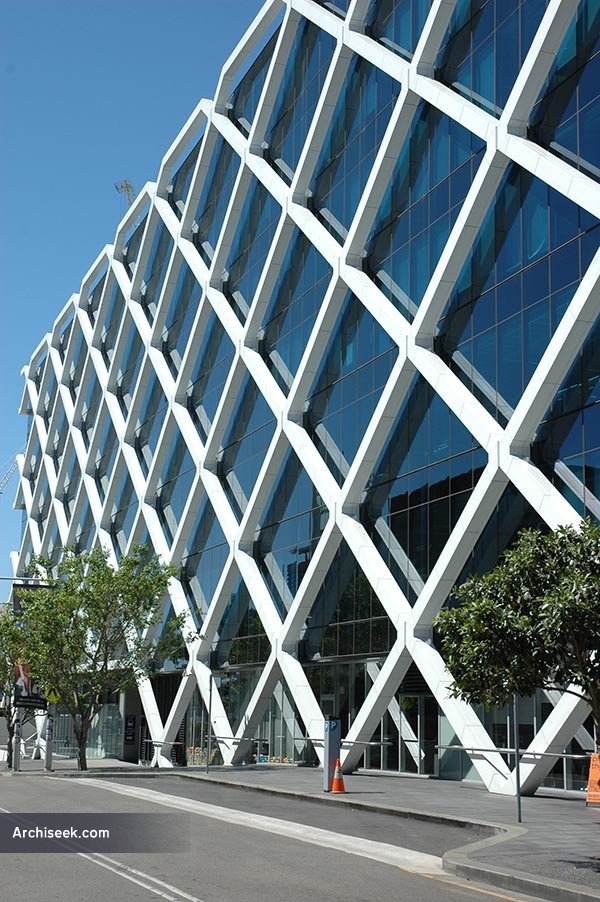 According to the architects: “The deliberate expression of One Shelley Street’s external diagonal structure juxtaposes itself against the orthogonal expression of the surrounding city buildings, such that when a glimpse of it appears through an opening vista, or an elevation of it appears against the city silhouette, the building is immediately identifiable.” The Green Building Council of Australia has awarded the building a 6 star green star “World Leader” certified Office Design v2 rating, which is the highest environmental building rating achievable in Australia.