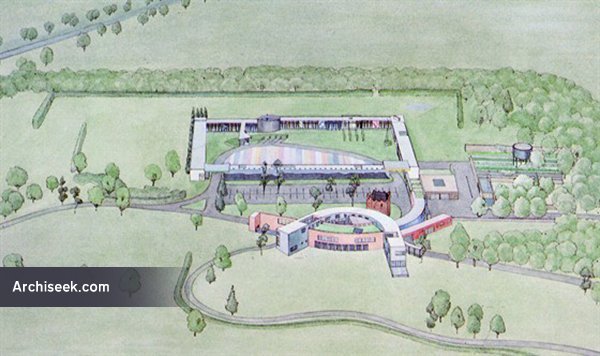 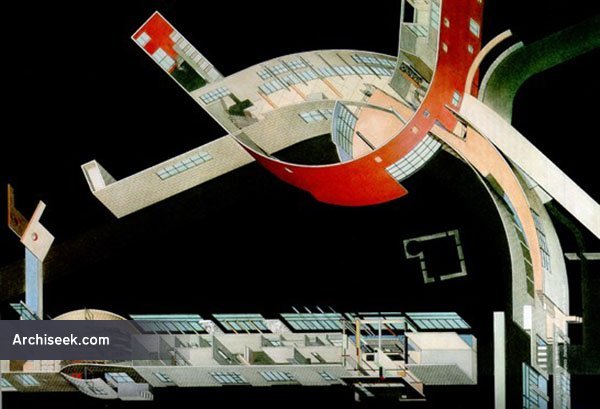 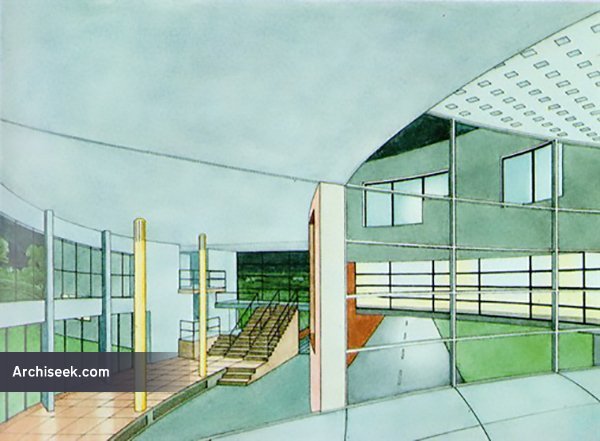 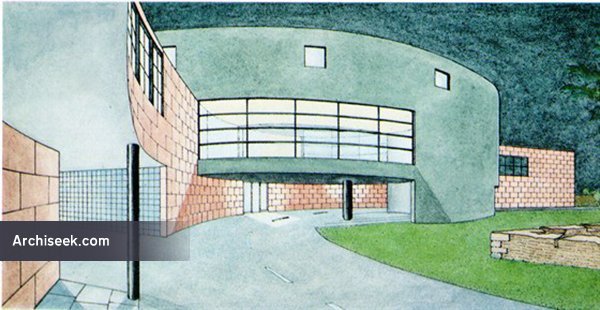 Design submitted to architectural competition for an Official residence of the Irish Prime Minister. It was intended to build a Taoiseach’s official residence and State guest house on the site of the former Apostolic nunciature in Phoenix Park, at a cost of around £4 million. This design by Rem Koolhaas was highly commended.

OMA’s submission statement, “The Taoiseach’s Residence is a composition of two intersecting curves: the first contains the private domain of the Taoiseach and his family, the second the reception rooms and the utilities needed for their operation.The house itself is oriented to the southeast, angled towards an open vista. It has its own primary driveway and private entrance. The ground floor (or North Wing) contains the living quarters with a low retaining wall demarcating a private family garden to the north. The southern ‘wing’ of the private curve accommodates the Taoiseach’s offices. (A study has been projected on the library mezzanine to give complete privacy when desired.) On the top floor, the music/hobby room is conceived as a second, informal living room, giving access to a grassy terrace.”