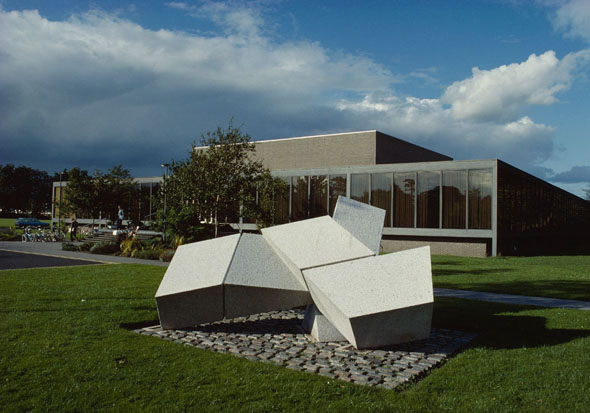 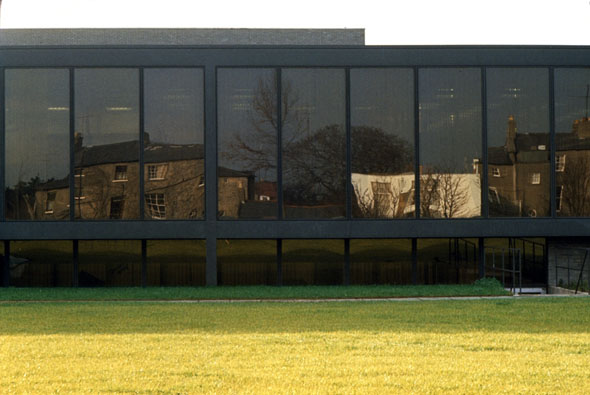 Part of the RTE campus which includes radio and television studios. With the completion of the Radio Centre, RTE Radio’s programme departments and studios were housed for the first time in a purpose-built building – before this they had broadcast from the GPO since 1928. Designed by Ronald Tallon in his Miesian idiom. The thirteen studios are housed below ground level for extra soundproofing. Production staff are housed in open plan offices on the upper floor. An orchestral studio with a public gallery penetrates the two levels, while the lower level studios are grouped around a sunken garden.

“The RTE campus represents a model of urbanity in the setting of a suburb, one that still has relevance today. Taken individually the buildings have grace and delicacy. As a group, they have managed to maintain the force of the original ideal with remarkable quality.” – Deyan Sudjic.