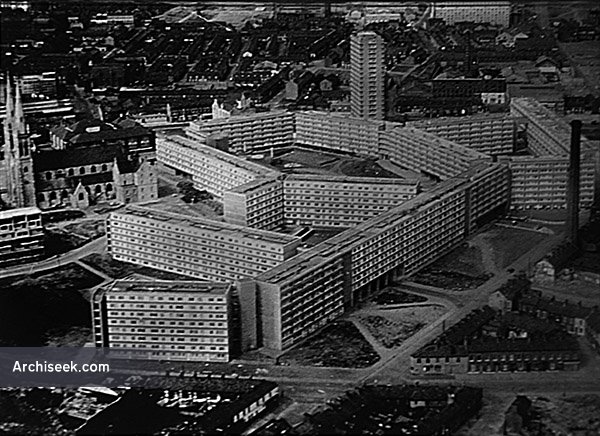 This complex of 850 flats, housing 2,400 residents was designed by architect Frank Robertson for the Northern Ireland Housing Trust. Construction started in 1966 with the first three blocks completed by 1969. Divis Tower is now the sole remaining building from the complex. At 20 floors tall, the top two floors contained a British Army security post for many years during the troubles. This had to be accessed via helicopter. It wasn’t the only tower intended, a further half dozen were never completed. The main buildings of flats were demolished after years of increasing dereliction and appeals from the residents to be rehoused. The buildings suffered from damp from as early as five years into their lifespan. By 1984, the Housing Executive demolished three of the blocks. By 1994, they were all gone.