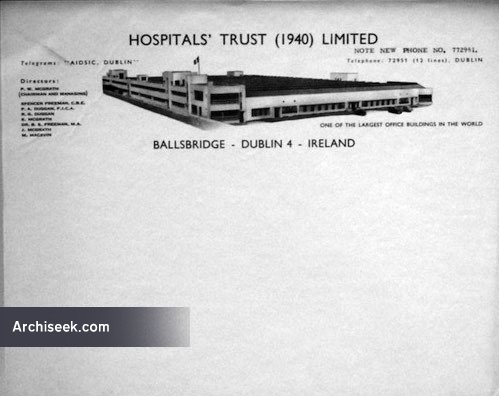 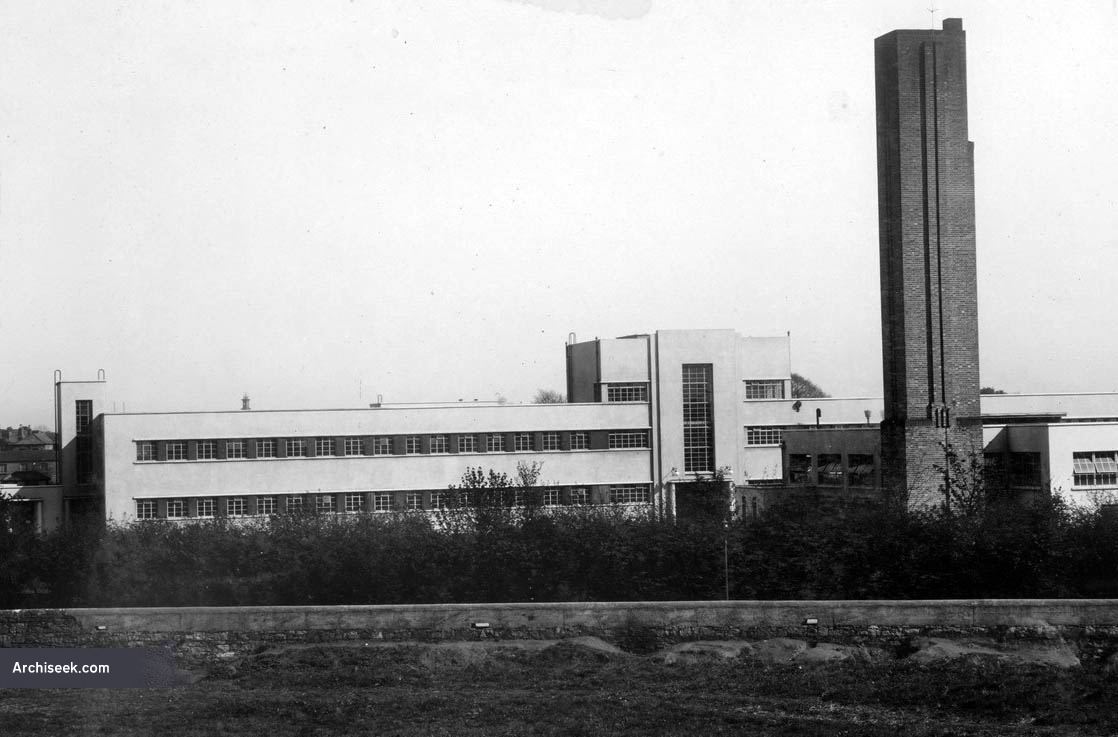 Office complex built in 1937-38 as the administration centre of the world wide business (and possibly world wide con job) that was the Irish Sweepstakes. Constructed after the previous building burned down. A report in the Brisbane Courier-Mail of April 25 1935 reported: “The Plaza Building, in the ballroom of which the Irish sweepstakes are drawn, was burnt down this morning. Incendiarism is suspected. The fire broke out in the basement, and the building was soon a raging inferno, despite the efforts of all the city’s fire brigades. The brigades were handicapped through being unable to obtain sufficient water pressure, as owing to the drought the supply is cut off each night. The building was completely gutted. The drum from which the sweepstakes numbers are drawn could be seen, a mass of twisted wreckage. Three hundred girl clerks employed in connection with the sweepstakes, who had arrived to start work, stood in the street watching the flames. Many of them shed tears.”

The sweepstake was originally established because there was a need for investment in hospitals and medical services and the public finances were unable to meet this expense at the time. As time went by, less and less of the income made it to the coffers. Although giving the appearance of a public charitable lottery, with nurses featured prominently in the advertising and drawings, the Sweepstake was in fact a private for-profit lottery company, and the owners were paid substantial dividends from the profits.

In its heyday, Irish Sweepstakes tickets were sold in 180 countries around the world. The biggest winner was Italian ice cream vendor Emilio Scala, whose 1931 prize of $1.5 million would be worth many times that today.

The draws were also held here. It had modern features such as porthole windows, glass brick,and long horizontal strips of glazing. The building was emphasised by a snow white paint job and set in grounds kept impeccably. A very elaborate planned art deco style tower extension to the building, by the same architects, was intended to hold the drawing of the winning ticket was never constructed. Demolished to make way for an office development.