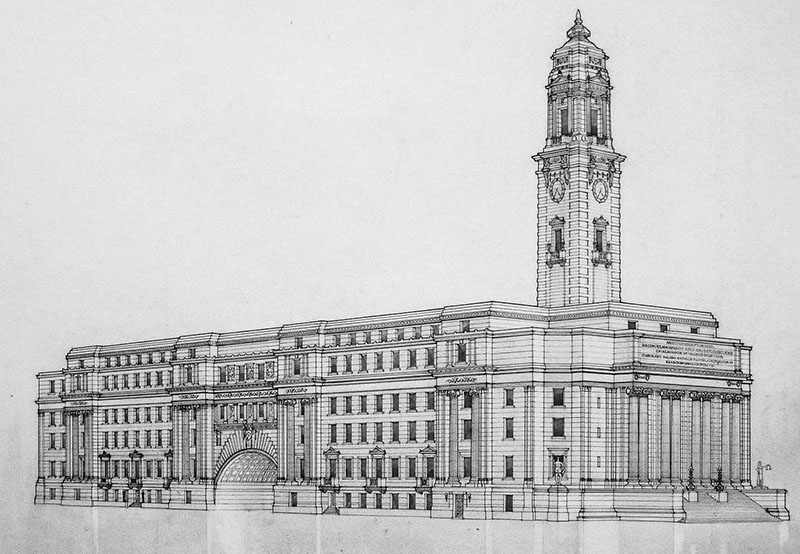 In early 1913, a committee of Winnipeg’s City Planning Commission recommended that a new civic centre be built, and a contest for a design for a new city hall was announced. Thirty-nine designs were submitted in competition with second prize going to Woodman & Carey of Winnipeg for this design. The winning entry was never constructed.