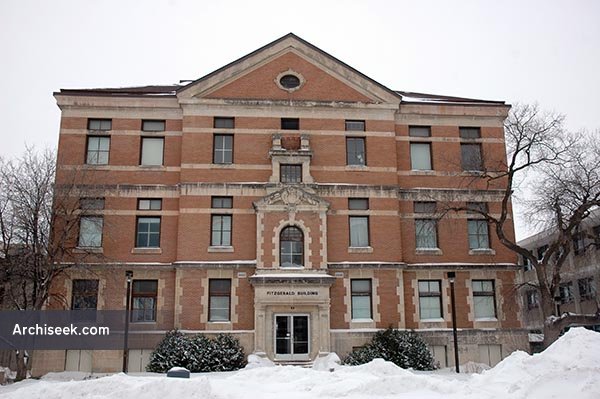 Formerly Earth Sciences Building, and later the School of Art. The building is named after one of Canada’s leading painters Lionel Lemoine Fitzgerald, who exhibited with the Group of Seven, and founded the Winnipeg School of Art. Slightly oddly proportioned facade with unusual central bay treatment.