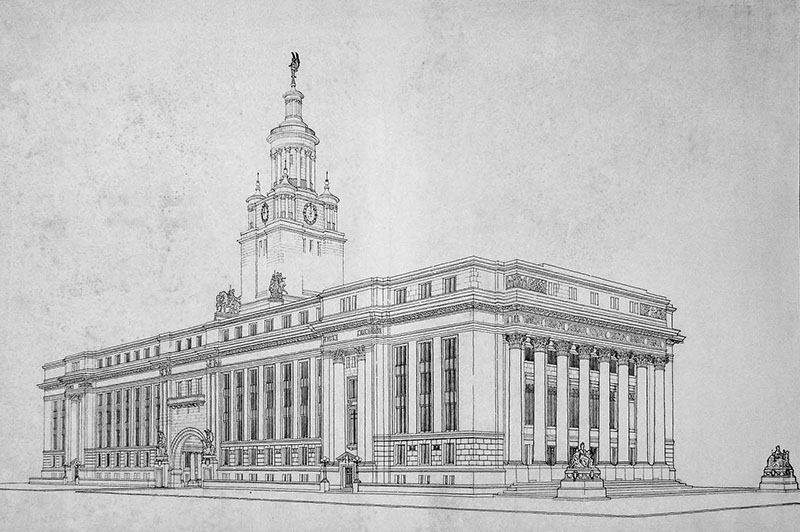 In early 1913, a committee of Winnipeg’s City Planning Commission recommended that a new civic centre be built, and a contest for a design for a new city hall was announced. Thirty-nine designs were submitted in competition and even though a winner was selected, construction never proceeded. Eventually a new City Hall was built in the 1960s.