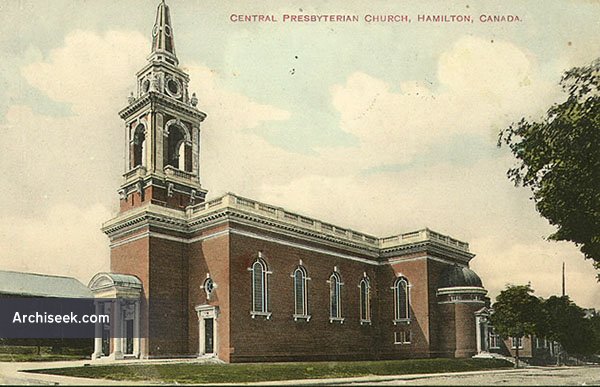 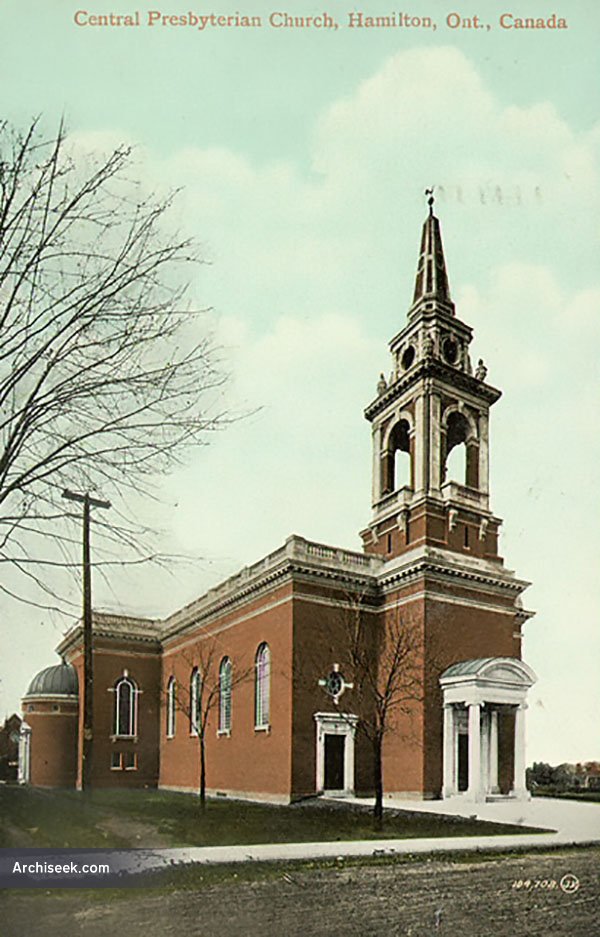 Constructed in 1908 after fire destroyed their previous building – John M. Lyle, the architect, was the son of the minister of the time. Lyle was responsible for Toronto’s Royal Alexandra Theatre, the Runnymede branch of the Toronto Public Library amongst many other well-known buildings in the region. Lyle’s design for the building was influenced by the Church of St. Martin-in-the-Fields in London and the Congregational Church of Naugatuck, Connecticut, and is unusual in having a flat roof.