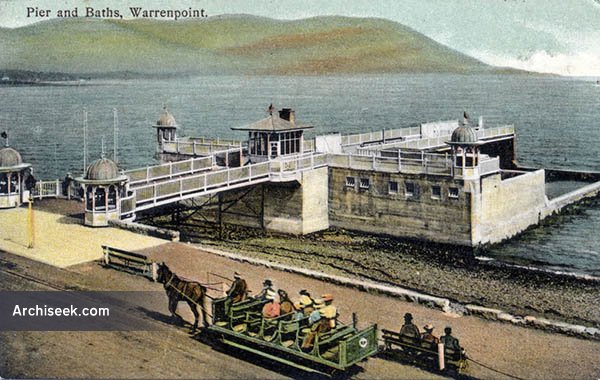 Public baths and pier still largely intact but derelict after being closed in recent years. The pier was elevated over the swimming areas which were separated into men and womens areas. According to local users, the ladies getting the best deal with the Southern facing pool. It also served as a handy platform for the changing cubicles and allowing for a viewing platform on top for the various swimming gala’s held there and in the sea itself. The actual “baths” both “cold, tepid, warm and seaweed” variants were inside the main building.