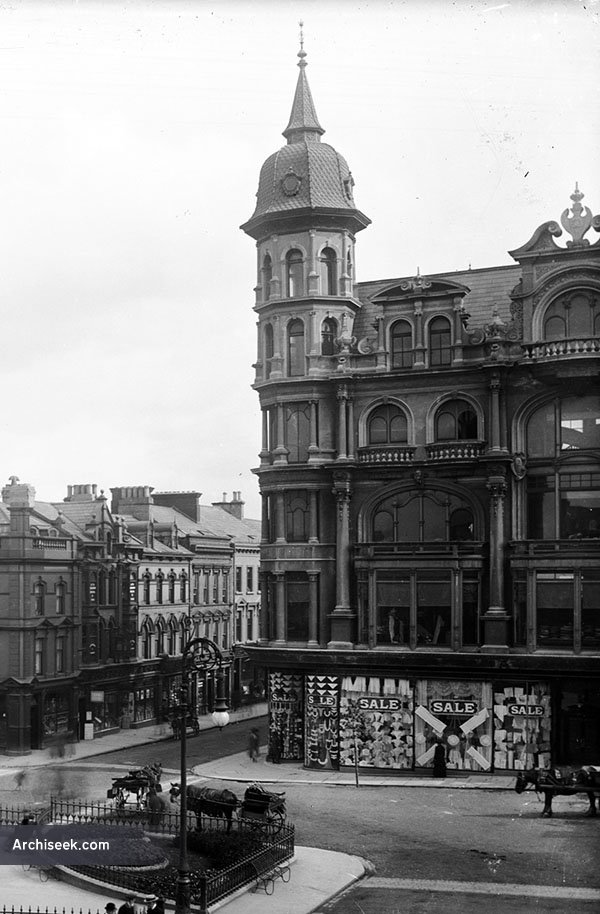 A most imposing 5 storey Edwardian building with its conglomeration of large windows, columns, pedestals, balconies and a copper roofed cupola. This flamboyant building was built between 1904 and 1907 after the original department store was destroyed by fire.

Matthew Robinson, who had earlier designed Rosemount factory in Derry, ater reconstructed the Guildhall, and designed Craigavon Bridge. Inside, the main feature was an open stair well running through the floors, topped with a fine glass atrium and a top floor restaurant.

Claimed to be the oldest such institution in Ireland, the department store closed its doors without warning on 8 March 2016. The liquidators stated that the unforeseen costs of dealing with asbestos, and the disruption to trading this would have entailed, proved to be a stumbling block to attracting investment and this led to the sudden closure.